Harley Quinn is getting her own animated series! While Young Justice is getting a fourth season on DC Universe, DC looks to go the adult route with their next animated venture. Being described as an “adult comedy”, things are about to get wacky in the DC Universe.

The series will follow Harley Quinn (voiced by Big Bang Theory‘s Kaley Cuocu) after she breaks up with The Joker (voiced by Alan Tudyk). The absolutely insane trailer also shows fans that Poison Ivy will play a big role in the show, and she will be voiced by Lake Bell (BoJack Horsemen, Children’s Hospital). Ivy and others will help Harley Quinn in trying to join the ranks of the Legion of Doom.

The rest of the Harley Quinn voice cast is just as interesting as the main voice actors. Jim Rash (Community) will voice The Riddler and Tony Hale (Arrested Development, Toy Story 4) will be voicing Doctor Psycho. Seinfeld’s Jason Alexander will be voicing Syd Borgman. With Borgman being described as “an octogenarian cyborg”. SpongeBob himself, Tom Kenny, also joins the cast playing Clayface’s severed arm. Batman will also appear in the series. Diedrich Bader lends his voice talent to the charcter.

Also joining the cast is Sanaa Lathan who will be voicing Catwoman. thisiterationof the Catwoman character will be African American. That’s not all. In unspecified voice roles are J.B. Smooth, James Adomian, and Tisha Campbell-Martin.

Harley Quinn will be released on DC Universe starting in October of this year and continue through early 2020. 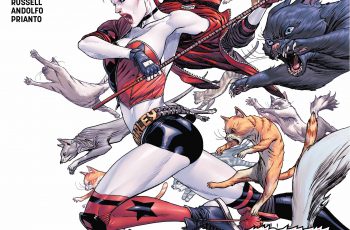 I have to say, guest writer Mark Russell does a … 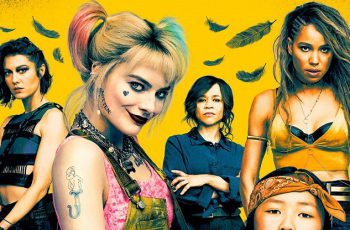