WWE Superstar Jimmy Uso was arrested for DUI charges in Florida as reported earlier by TMZ.

This May WWE’s Go To Statement Now

WWE released the same style of statement when Jeff Hardy was arrested for public intoxication.  This may now be their go to type of statement when their Superstars get arrested. It doesn’t condone their actions and also wipes WWE’s hands free and lets the Superstar take the blame.

Not Uso’s First Time Being In Trouble With The Law

However, this is not the first time Uso has been in trouble with the law and not the first time alcohol has been involved.  In February Uso was involved in a drunken dispute with Detroit Police. Uso and his wife fellow WWE Superstar, Naomi, were pulled over by police.  Naomi was speaking to police until Uso exited the car and began to “square-up” to police looking to fight. One officer pulled out a taser, but didn’t need to use it.  Uso was handcuffed and arrested for disorderly conduct and obstruction.

The Face Of The Tag Division

Uso is part of the WWE tag team The Usos with his brother.  The pair hold six WWE Tag Team titles and are a very prominent tag team in the WWE.  Their father is the WWE Hall of Famer Rikishi and are part of the Anoaʻi family tree which includes The Rock and Roman Reigns.

I doubt Uso will face any real repercussions from WWE, but who knows.  However, he will probably get pulled into a room and get a good talking to about the image they want their Superstars to portray.  However, I don’t think they will lose a push or anything like that. Another possible outcome which may be merited is Uso may go into rehab.

He May Need Help

However, this is not the first time Uso has gotten into trouble with alcohol being involved.  He may have a problem. It would be best for him and his career if he gets sober or at the very least learns how to control his drinking better.  A DUI is serious and he is lucky no one was hurt because of his recklessness. We will see if The Usos appear on TV this upcoming week or if they are given a week off.

ThatHashTagShow will keep you posted with any new developments or any other WWE Superstars doing something stupid. 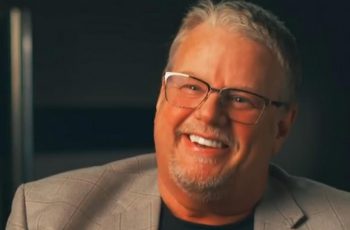 According to a report over at PWInsider.com, Bruce Prichard is … 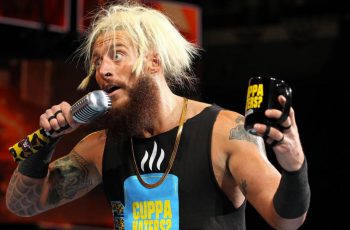 Breaking news is Enzo sucks and makes video showcasing why …