Well fellow STAR WARS: Collectors there has been a lot of exciting Hasbro news out there for us the past couple weeks. No, the Dash Rendar and Willrow Hood Black series Figures are not being released. I know us here at That Hashtag Show would love that release. But the real news is that a couple of hot items that collectors have been wanting are now available for pre-order. That’s right Hasbro has finally given us the Black Series life-sized Boba Fett Helmet that we have been waiting for! But that’s not all! We are also getting a second chance to get our hands on the Retro Collection line that was first released at Target earlier this year.

Hasbro’s Black Series line has been going strong for years not only with figures but with their Helmets as well. They have given us such a great lineup of helmets from some of our favorite characters Kylo Ren, Poe Dameron, Luke Skywalker and even Darth Vader. But this year Hasbro may have announced their most popular helmet to date, Boba Fett.

Commemorate Star Wars: The Empire Strikes Back with The Black Series Boba Fett Premium Electronic Helmet! This roleplay item with premium deco, realistic detail, and movie-inspired design is a great addition to any Star Wars fan’s collection. Featuring a flip-down viewfinder with flashing LED lights and an illuminated rangefinder HUD, fans can imagine what it was like for the famous bounty hunter to suit up for galactic action!

This Boba Fett Helmet will be available in May of 2020 but you are able to pre-order it now at Hasbro PULSE and will retail at $119.99.

If you were on of the many fans that missed out on the Retro Collection at Target in what seemed like a very weak release, don’t fear you now have a chance again to get you hands on this set.

Go old school with the Star Wars the Retro Collection Action Figures Wave 1 Case! 6 of the original 12 Star Wars action figures from 1978 are back almost exactly like you remember them. Luke and Darth Vader retain their retractable telescoping lightsabers. Han, Leia, Chewbacca, and the Stormtrooper include their blaster pistols. And for the most discriminating of fans, each figure is just a smidgen different in size and detail that with a little study, you’ll be able to tell them from the original releases.

The prices very on this set but it looks like it will cost just over $75 with shipping on most pages. You can pre-order this set from great small business vendors like TRG Toys & Collectibles or retailers like Entertainment Earth by clicking on their names.

What item or items are you most excited for? What would you like to see next from Hasbro? Well we want to hear from you. You can do that by hitting us up on Twitter @thathashtagshow and myself @starwarsnerd574. You can also comment from this article as well. Also make sure to stay up to date on all the Star Wars news by following us at ThatHashtagShow.com. I can’t wait to see you all next year at STAR WARS Celebration. 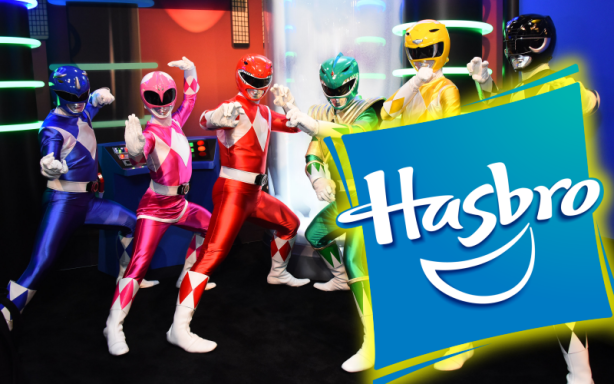 Less than 2 days after listings on Amazon came up …