Batman: Hush is another solid entry into their already great series of straight to DVD/Blu-ray movies, but what puts this particular film above the rest of the DC Animated Universe is the intense and incalculable amount of snogging director Justin Copeland has added to Jeph Loeb’s classic tale of deception.

While we have yet to see what type of Batman heartthrob Robert Pattinson will be, it’s definitely going to be a challenge for him to out-kiss Jason O’Mara’s Dark Knight in this film.

When the comic hit shelves in 2002, it was an instant classic; each issue focused on a specific villain and theme from the Batman mythos.  Introducing the villain Hush into Batman’s pantheon of enemies as well as setting the stage for Jason Todd/Red Hood’s return to comics.  The story was a perfect balance of old characters and new twists, detective work vs Action, and Kissing Vs Non-kissing.  The animated film adaptation captures all of the above, except when it tips the scales on that last part.

The film features everything form a battle with Superman, to a shower sex-scene (not with Superman).  The film runs an hour and 22minutes, almost 2 minutes of this is dedicated to various characters making out; Catwoman kisses Batman, Catwoman kissing Poisen Ivy, and Ivy kissing Superman.

Please enjoy this Bat of all smoochin’ of Batman: Hush

With so much lip-smacking and moaning that was recorded in a, hopefully, water-proof audio booth, it’s actually surprising that Geoffrey Arend’s Riddler is the real scene stealer in the film.  While he does the minimal amount of lip-locking any actor was required to do for this film, his Riddler goes from a second string , milquetoast B-level villain to a maniacal, scenery chewing A-lister in one of the best scenes in the entire movie.

The world premiere at San Diego Comic-Con this weekend was a huge hit with fans of both Batman and kissing.

If you love Batman and kissing, and a kissing Batman- you’ll love Batman: Hush. 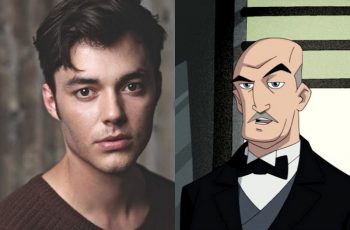 Now that Epix’s Pennyworth is set to shoot next year, …
Jon Hamm has been at the top of many peoples …