Spider-Man: Far From Home has become the ninth MCU film to make $1 billion at the box office. In addition it also the first Spider-Man to ever do so. Unfortunately, because Sony owns the rights to the web-slinger, it won’t add to Disney’s record-breaking 2019 at the box office.

Far From Home is now the third straight Marvel movie to hit the $1 billion mark this year, following Avengers: Endgame and Captain Marvel. The other MCU films to previously reach this box office high point also include The Avengers, Avengers: Age of Ultron, Avengers: Infinity War, Black Panther, Iron Man 3, and Captain America: Civil War. Only 40 movies have ever crossed the $1 billion mark.

To date, Disney has films had four movies in 2019 pass the $1 billion this year: Captain Marvel, Aladdin, Avengers: Endgame and The Lion King. That number could quickly become five. Toy Story 4 could soon be the fifth, as it has already made $922 million through this past weekend.

Disney’s year is not over either! The Mouse House still has Maleficent: Mistress of Evil, Frozen 2 and Star Wars: The Rise of Skywalker yet to be released before the year is finished.  Anyone of those films (if not all of them) could easily join the $1 billion club.

Mark your calendars, folks. The MCU’s premier group of teenage … 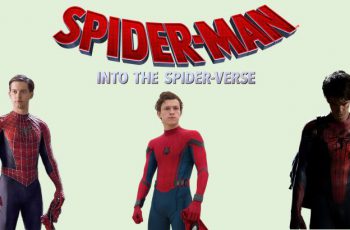