The Marvel’s Agents of S.H.I.E.L.D. television series will come to a conclusion with its seventh season. To ensure that there is at least one Marvel property on the air at any given time, ABC is working with its Disney sibling on another comic book adaption. This project is not related to the show ABC developed last year with Wonder Women writer Allan Heinberg which will be focused on female superheroes.

Deadline spoke with the president of ABC Entertainment, Karey Burke, about this new project and what we can expect.

“I have spoken to Marvel and we are in active talks about one project in particular.”

While Burke didn’t appear to elaborate on any further details of the series in development, she did add that the character would be “something brand new, mostly” and that this series would also fit into ABC’s strategy of female-focused superheroes.

Yep! I can already see it…the Twitter storm of so called comic book fans protesting that another female superhero is getting a series. I say get over it. First off, male superheroes have more than gotten their air time. The first 3 phases of the MCU, which was made up of 23 films, only one featured a woman as its central protagonist (Captain Marvel). Second, given today’s female focused environment, Disney/Marvel would be crazy to not cash in on it, they are a business.

There is a third point, though. In order for the MCU to continue to grow, expand and live on indefinitely, Marvel needs to start reaching deep in bucket of properties and start developing lesser known characters. Guess where there is a huge amount of underdeveloped properties? If you said female superheroes, then you win a prize.

What female characters could they develop?

In the Deadline they specifically mention She-Hulk and New Mutants character Danielle Moonstar. I wouldn’t put much hope behind She-Hulk. Universal still controls all rights that character However, the Moonstar suggestion is possibility now that Marvel has the rights back to all their X-Men related properties.

Of the 200 or so female Marvel characters, we’ve already seen about 50 (plus or minus a couple) on the screen between Fox X-Men movies, the MCU and assorted incarnations of Marvel television shows. If I was a betting man, I would put my money on a deep cut for this series. You can rule out any of the Spider-Man related females like Black Cat, Silver Sable, Spider-Woman or Gwen Stacy. However, with recent Marvel comic publications like A-Force, female superheroes like Ms. America or Dazzler could be strong possibilities. If ABC wants to draw in the family viewers Kamala Khan and Squirrel Girl would also be good choices. 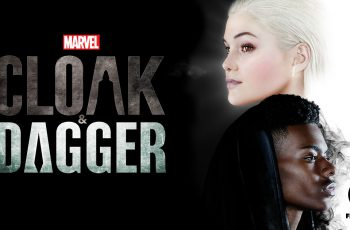 Marvel’s Cloak And Dagger is set to return this spring …