Some of you might remember back in July that Rapper Kanye West revealed his plans to build low-income housing based off designs inspired by the huts on the planet Tatooine from STAR WARS: A New Hope. Well according to an article from TheRealDeal Los Angeles Real Estate News it looks like West’s plan to build his own Tatooine city could be blown to pieces just like Alderaan.

Inspired by the home of Luke Skywalker, Kanye West wanted to build low-income housing to help the less fortunate. It was reported in July that West had already teamed up with designers and architects and have begun to build prototypes for this project. According to Forbes West would leave them notes on how to keep the STAR WARS touch to the homes while also making them perfect to live in. Well even with all the good intentions it seems that this project may have turned to the dark side.

These are the permits you are looking for

So, according to a report by TheRealDeal, Kanye West’s plans have hit a major sang. It says that Calabasas City officials have cited West for building the STAR WARS like structures for not obtaining the proper permits for the project. He will also have until September 15th to bring this project into compliance or he will have to tear them down.

West currently has a total of four structures on his Calabasas property. The construction of these structures was reported to The Department of Public Works by his neighbors. After visits from inspectors they determined that the buildings were not temporary. West would need to submit the proper plans and permits to continue.

What do you think about Kanye West’s plan to trying to build low income housing? Do you hope that he will continue this project? Well we want to hear from you. You can do that by hitting us up on Twitter @thathashtagshow and myself @starwarsnerd574. Also make sure to stay up to date on all the Star Wars news by following us at ThatHashtagShow.com. I can’t wait to see you all next year at STAR WARS Celebration. 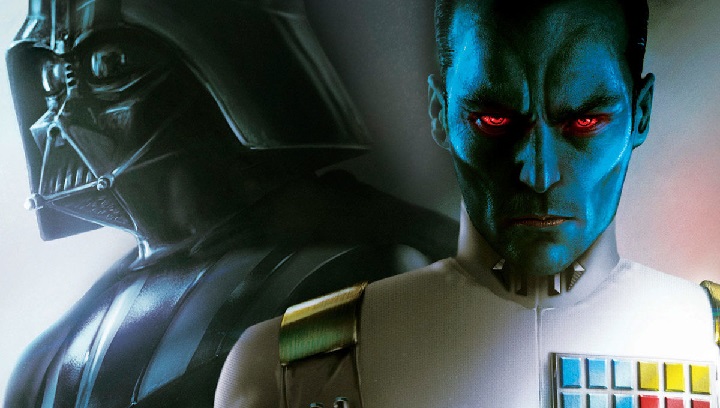 Warning: Post contains minor spoilers for Thrawn: Alliances.  . . …
With 2018 coming to an end in just a few …