Granted D23 Expo is a Disney showcase event. Fans can always expect a slew of announcements from the entertainment company and its subsidiaries. There have been few Expos, however, that have introduced us to as much as did D23 Expo 2019. Not to be outdone by its Star Wars and Marvel counterparts, Pixar Animation Studios made its own share of headlines. First there was Onward. But the true gem of the Disney/Pixar offerings may very well end up being Soul.

Soul promises to be an emotionally charged, musical journey that gets to the very essence of human existence; the soul. According to the official synopsis:

In Pixar Animation Studios’ upcoming feature film “Soul,” Joe Gardner is a middle-school band teacher whose true passion is playing jazz. A single unexpected step sends him to the cosmic realms where he finds the “You Seminar”—a fantastical place where Joe is forced to think again about what it truly means to have soul.”

From Academy Award-winning director Pete Docter (Inside Out; Up), co-director Kemp Powers and producer Dana Murray (Pixar short Lou), Disney/Pixar’s upcoming film takes Joe Gardner to “never-before-seen cosmic realms” and that “fantastical place where we all discover our own, unique personalities.” Jamie Foxx portrays Joe. Tina Fey joins him as 22, “a soul-in-training who has an unexpected encounter with Joe when he accidentally finds his way to the “You Seminar.””

The film will take audiences on a whirlwind journey from the streets of New York City, to the cosmos, and back. Joe and 22 work together to the get Joe back to Earth…. But not before he thinks long and hard about what it truly means to have a soul.

Well, we’re now squarely within one of those voids created … 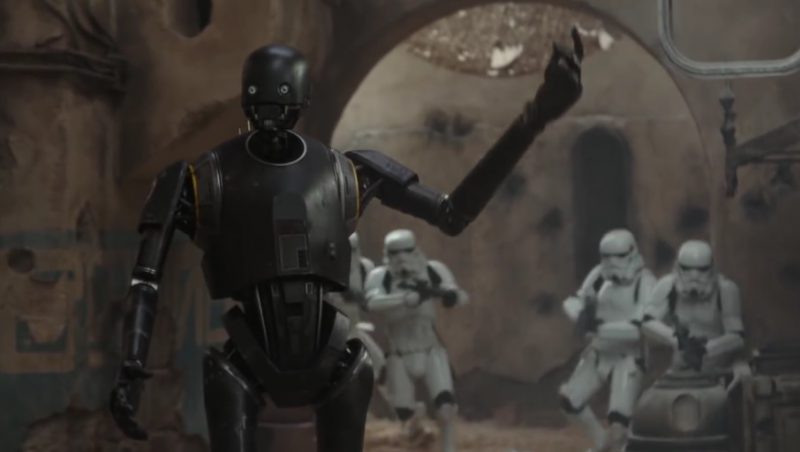 K-2SO has quickly became a fan favorite after his …