December can’t get here soon enough. With STAR WARS: The Rise of Skywalker hitting theaters soon fans around the galaxy are anxious to see how this last move in the Skywalker Saga will end. With the announcement of Lando Calrissian and the tease of Palpatine returning to the story it seems like J.J. Abrams is holding nothing back. And now in an interview with Yahoo, Kelly Marie Tran is stirring up more excitement by teasing a little about Abrams use of original characters in the film.

Kelly Marie Tran, who will be returning as Rose Tico has had a bumpy start to her STAR WARS career with fan support. But she is not letting that stop her from being positive and excited for The Rise of Skywalker. In her interview with Yahoo here is what she had to say about Abrams and the movie:

“J.J. has done a really good job of bringing a lot of things together, in terms of having [characters] from the older films. Everyone’s together in this movie, which isn’t something that’s happened before. So, it’s really exciting.”

So, what does this mean?

With Kelly Marie Tran’s comment one can hope we will get a big scene with as many of the original characters they can with keeping the flow of the movie. What also will be interesting is how J.J. Abrams will use Leia in the movie. Also, with Han Solo being killed off in The Force Awakens will we see him in a flashback at some point?

What we do know

We do know of some of the original characters that will be used for The Rise of Skywalker. Leia will be brought back to the screen by using unused footage from The Force Awakens and The Last Jedi. Chewbacca and C3-PO will be back along with Force Ghost Luke. And as I mention before the return of Lando and Palpatine. Still no footage of R2-D2 but I sure hope he will be there.

So, I guess we don’t really know a lot. But that is expected of STAR WARS as they attempt to keep everything under wraps until the movie release. What they have given us so far has all come from a small trailer at STAR WARS Celebration and a small tease of footage at D23 2019.

Yes, I am guilty getting all worked up about Kelly Marie Tran’s comment. But that is what makes STAR WARS so fun, us guessing what could happen until we see the movie. How cool would it be to see more characters throughout the STAR WARS saga?

Do you think we will see more original characters other than the ones that have been announced? What are some of the characters you would like to see return to the big screen for one last ride? Well, we want to hear from you. You can do that by hitting us up on Twitter @thathashtagshow and myself @starwarsnerd574. Also make sure to stay up to date on all the Star Wars and D23 news by following us at ThatHashtagShow.com. I can’t wait to see you all next year at STAR WARS Celebration. 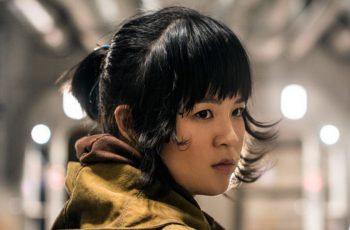 Star Wars Celebration had a lot of memorable moments, but …