The book comes to us from publisher Insight Editions. It is neither an adaption of the movie, nor a simple collection of the original stories as I expected. Rather, It is an actual element of the movie itself. Instead, it’s a prop-replica, of sorts. The book is a wonderful device to draw the reader into the creepy universe of the film and its creatures. Part character diary and part behind-the-scenes companion to the movie, this is a written tool. Its purpose? To expand upon its nightmare-fueled world in order to bring more of these iconic monsters to life.

The first portion is a series of stories that tell of each monster. The stories blend together through a winding tale that bleeds one fiend into another. Almost a graphic novel at times, the art fills in and amps the spine-chilling storytelling. This book is certainly unique; it uses the original books and the film as a springboard for something far more delightfully gruesome!

Although nothing can beat Stephen Gammell’s original art, the sketches and creations within Scary Stories To Tell In The Dark: The Haunted Notebook don’t try to recreate it. Playing with different styles, the haunting images, instead, infuse Richard Ashley Hamilton’s underlying dread to give rise to something truly horrific (in the good way).

The Behind-the-Scenes section later in the collection also highlights the wonderful creature creation the film offers with fantastic photos and descriptions.

To call Insight Editions’ Scary Stories To Tell In The Dark: The Haunted Notebook a “companion book” is to sell it short. It oozes with it’s own senses of terror and fright that allow it to rise, menacingly, on it’s own.

The book is now available directly from Insight Editions HERE and at retailers everywhere. 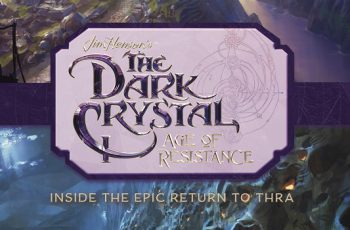 The holidays are approaching quickly once more, and if you … 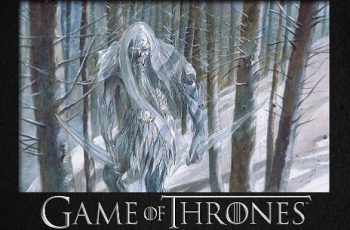 Unfortunately, GoT fans, the planned prequel series is still a …