While most know her from her acting career (notably the The Help and the Jurassic World series), Bryce Dallas Howard is quickly following in her father’s directorial footsteps. As we’ve previously told you, she is among the “who’s who” list of directors for the new, live-action Star Wars series The Mandalorian. Anticipation is certainly building as we move closer to the November 12th debut of the show on Disney’s streaming service, Disney+. So how does a still-relatively-new director handle the pressure of directing Star Wars?

Well, having a heart-to-heart with the man that created the entire franchise certainly doesn’t hurt. Bryce Dallas Howard recently talked about her conversations with George Lucas, and the advice he imparted:

What’s more important, according to Howard, is the collaborative nature of the project. According to superherohype.com, the lessons her father, and she, learned from Lucas go all the way back to Willow. Even then George encouraged Ron Howard to let his story board artist participate in crafting the film’s narrative. Consequently, that lesson of collaboration is something Bryce Dallas Howard, and everyone working on The Mandalorian, took seriously.

The people are just all in, give everything, own it, own the process themselves, and then are like, ‘Your turn.’ It is so exhilarating and grounding and it doesn’t ever get about the ego, because it’s all about Star Wars, which it needs to be.”

Ron Howard, as we know, developed into an award-winning Hollywood director. Like Bryce Dallas Howard, he’s also gotten a chance to direct Star Wars with Solo: A Star Wars Story. If the daughter inherited even a fraction of her father’s talent, we’ll be in for a treat with her episode of The Mandalorian. 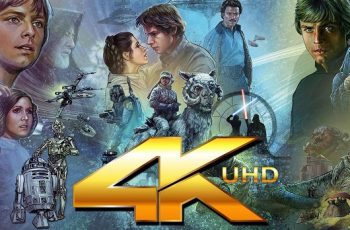 It looks like fans will be able to visit the …
Rian Johnson has at least one high-profile defender: Logan director …