In Catwoman 1, Selina fled Gotham after walking away from her wedding with Bruce Wayne. Villa Hermosa became the new home for both Selina Kyle and her alter ego, Catwoman. She needed a new start and a place away from Gotham…and him. Both Catwoman and Selina stepped on several toes while settling into her new city. Catwoman 15 places the period at the end of: This is my town.

The first cover, while not directly related to the inside, captures the heart of the story. Catwoman flaunts her stealing of jewels and money to the cops who found her. “This is Definitely what it looks like.” Selina owns this town and in this issue she cements it for good.

When the Going Gets Tough…

Last issue Catwoman dealt with sonic bug dude, got sniped from a window by Lock-up, AKA – Lyle Bolton, and nearly drowned. Had it not been for her new ghost acquaintance, Jim Craddock, Gentleman Ghost, she would have died. Battered, taped up, bruised and beaten, Selina has but one thought – suit up and return the favors. It takes a lot to keep a good cat down.

I absolutely love this next scene and how it unfolds. Catwoman follows her clues to a warehouse lair. The haughty and foolish Lock-Up thinks he has our favorite thief cornered for good, when in fact he fails completely. One does not spend years on rooftops fighting, fleeing and assisting the Batman unless one is that damn good as well. Traps need to be far more elaborate to trap Batman or any of his circle.

Bolton saunters out of the building convinced he just eliminated his employer’s pest when a couple of kicks and whips has Lock-up hanging by a bullwhip at the mercy of a battered Catwoman’s whims. Needless to say, the answers Catwoman needed probably came pretty quick. Second rate thugs never learn.

Catwoman 15: The Law Has Been Laid

Let’s see…An underworld crime dinner attended by the lead crime bosses of Villa Hermosa, a large banquet with a purposefully grotesque meal, a crime boss who thinks they own the world….Oh yeah, and lets not forget killer cyborg, assassin, bodyguard lady with appendages that double for weapons guarding the hall. You have to have one of those.

The problem these things simply invite a beat up, pissed off female who fancies herself part cat to bring it all to a screeching halt….for good. One door, forced open, and a robotic arm tossed onto the banquet table ends things pretty quickly with those who thought they were rulers of the world realizing they ain’t shit. Thus ends Catwoman’s statement of who now runs Villa Hermosa.

There remains one last thing I love about these last few issues that we see pop up in Catwoman 15 again. Most of the story to this point revolved around Catwoman and her new town. We watch her take control of the town from the likes of Mrs Creel and others, but in small snippets here and there (and never more than a few frames or a page), we see Selina’s mind drift back to what started this series in the first place – Bruce Wayne/Batman.

It does seem to usually be in the form of the Bat that she thinks of him. She finds herself in trouble or familiar situations and her mind drifts back to how things used to be in Gotham, when HE was around. The wedding may be long past, but Selina’s feelings are not so settled. 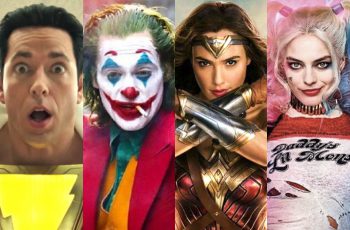 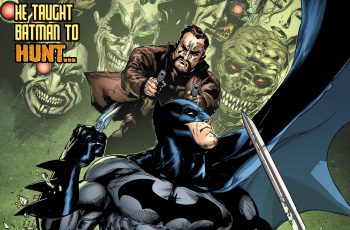