For the past few issues, writers teased the return of Victor Fries, also known as Mr Freeze. At long last Victor’s story begins in Detective Comics 1012. With a villainous boost from super Lex Luthor (Year of the Villain story line) Mr Freeze sets out on his next quest to cure his wife Nora and set her free at last.

The main cover of Detective Comics 1012 shows Mr Freeze attacking Batman and freezing him with his ice gun. The look and intensity of both characters chills the bones as they glare at each other. I love how Batman’s cloak streams back into and merges with the ice.

The second cover looks good overall, but to be honest I laugh at it. We get a great pose of Batman and his batarang as he stands over downed thugs. The problem that makes me laugh belongs to the pose itself. It might as well be Adam West doing the pose for Teen Vogue. I just can’t take the pose seriously.

I really like the way Detective Comics 1012 opens. Simple snowflakes float down from the sky. In the first couple of pages we read the description of the flakes. It begins with a scientific explanation about how snowflakes merge, but it quickly devolves into regret and remorse. Batman laments the loss of Selina and the beauty she brought to his life.

Then the scene switches. The new description of the snowflakes is poetic and beautiful. The descriptions reflecting the love Victor bears towards his beloved wife. The cold, villainous Iceman demonstrates more love and appreciation of the snow than the supposed hero.

Insight of the Frozen Heart

The action in Detective Comics 1012 lacks a bit. Even the exposition comes off on the light side, yet this issue does something wonderful. We see into the heart of Victor Fries and see the devotion he carries for his beloved. A villain he may be, but Victor quickly becomes the most sympathetic villain when portrayed correctly.

Fries orders his goons to kidnap five women, each bare exacting resemblances to his wife. Luthor’s gift of nanotech allowed Fries to to lose his helmet and exist outside his suit for the first time. Fries also took Luthor’s offer of help to mean they would resurrect his wife, but Victor is a scientist. Test after test shows promise, but errors occur. Victor will not risk his wife, hence the kidnapped stand ins.

Detective Comics 1012 – One Team To Ruin It All

Mr Freeze lays out a simple plan to capture these five women and use them as experiments to make sure the cure does not hurt his wife. Simple abductions right? For most yes….but then you have team 5.

The teams are to bring the girls back unharmed. When Team 5 knocks their captive into a table, causing her head to bleed, they panic and run. Of course they forget who they work for. Punishment for failure is simply to have your head frozen and smashed like an ice cube.

All teams are told to bring her back without further harm, but there is just one problem. One slip is all Batman needs to enter the frame!

All You Need Is Love

I love Freeze. All he wants out of life is to cure his beloved wife and live happily ever after. Okay, so he kills a few bad guys that screw up and kidnaps five women, treating them like lab rats. His only concern revolves around saving his wife. Love grows no sweeter than maniacal, homicidal obsession! All Batman does is mope around derelict ships. 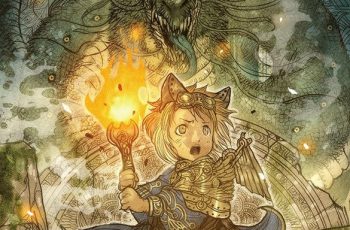 Monstress #20 gives us lots of little pieces to everyone's …

The CW’s Arrowverse are less than two months away from …