Star Wars: Galaxy’s Edge hasn’t even been opened for that long, and already it’s having issues. Crowds have been lower than expected in the area, and it seems that it’s not gaining a lot of traction.

And THR is now reporting that Catherine Powell, who is the President Of Dinsey Parks West, is stepping down from her position in the company. She oversaw Disney World, Disneyland, and Disneyland Paris. As for Powell’s team, they will now be reporting to Disney Parks, Experience, and Products Chairman Bob Chapek. The reasoning behind Powell departure: Star Wars Galaxy’s Edge.

Since attendance is down in the new area in both Disneyland and Disney World, Walt Disney Company is removing her position. Disney heralded Galaxy’s Edge as the new, big draw for Disney Parks. Nevertheless, it just doesn’t seem to have the expected allure. Given the universal popularity of Star Wars, its a bit crazy this is happening. It’s unfortunate for Powell, as well.

“Guest satisfaction, interest in the attraction and in the land is extremely high. They’re among the most popular things at the park. And so long term, and we build these things for the long term, we have no concerns whatsoever about them.”

So he doesn’t seem too worried about the future of Galaxy’s Edge. But this does also mean that guest excitement for other future attractions could be tempered. Time will tell us how successful the park additions will truly be.

Stay tuned here to That Hashtag Show for all your Star Wars and Disney Parks news! 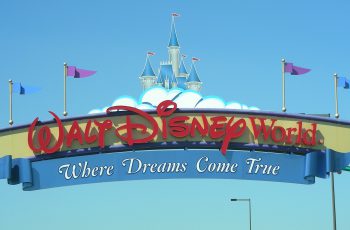