If you’re like me, you were incredibly excited for Wednesday night. It was the first time in almost 20 years that WWE has had legit competition running a live television show against one of theirs. Sorry TNA, but dredging up Hogan, Bischoff, and Dixie Carter wasn’t competition. All Elite Wrestling or AEW for short, ran their Dynamite show against WWE’s NXT. AEW was on TNT. NXT was on USA. (That’s a lot of 3 letter acronyms). NXT had already been going live for an hour on USA then switching over to it’s old home of the WWE Network for two weeks before this. It was a preemptive shot across the water from WWE.

AEW would have to perform well right out of the gates for people to view them as legit competition to the WWE. After all, you can have all the talent in the world but if your product isn’t good, Vince McMahon and Co. will crush you. Just ask WCW. Or TNA. Or Ring of Honor, or the NWA.

AEW arguably has more talent than any of those companies did when they tried to go toe to toe with the Titan Towers in Stamford. The main event of Jericho, two mystery partners, vs. the Bucks and Omega could main event a PPV. Let alone a Wednesday night show. Cody Rhodes was in action against the upstart Sammy Guevara. The middle of the show lagged a bit but the inaugural AEW Women’s Title Match between Riho and Nyla Rose was fantastic.

NXT Brings Out The Big Guns

This show would be all about the main event though. AEW was running up against NXT and the returns of Finn Balor and Tommaso Ciampa. If people don’t think WWE is listening, they are. You don’t bust out that kind of star power unless you know there’s someone on your heels. The former LAX, Santana and Ortiz would be in Jericho’s team. By the end of the match, a new heel stable containing Sammy Guevara, Chris Jericho, Santana, Ortiz, and the returning Jake Hager (formerly Jack Swagger), would be born. AEW didn’t necessarily need a huge return or debut like this on their opening show. After seeing the asskickings that Hager gave in his MMA career, I’m intrigued.

A huge brawl ended the first episode of Dynamite with bodies flying everywhere. Jericho attacked Cody Rhodes. Dustin Rhodes ran in to save his brother. Hager appeared and laid out Dustin. Jon Moxley attacked Kenny Omega and put him through a glass table. It was absolute madness. It was a sign of hope for this weathered wrestling fan.

I’m not the type that’s going to pick sides here and say “YOU CAN’T WATCH WWE IF YOU WATCH AEW”. That would be stupid. Anyone who thinks like that doesn’t get it. Sure, AEW would like to be the top dog in the wrestling world. But you know what’s better than that? Two big wrestling companies offering good products that you can watch. You shouldn’t want WWE to close their doors. You most certainly shouldn’t want AEW to close their doors. If this Wednesday was any indication, this rivalry between the two companies is going to be fun. Most importantly, it’ll be great to watch as a fan.

For more WWE, AEW, or any other pop culture news, check back to That Hashtag Show.

All images courtesy of All Elite Wrestling. 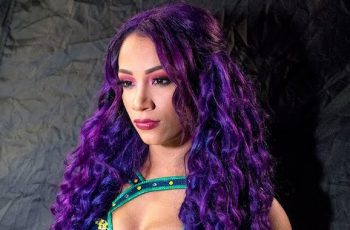 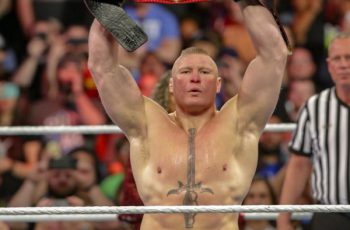 Brock Lesner’s WWE contract expiration date has been a topic …