Sideshow Collectibles and its Hot Toys series never seem to disappoint at New York Comic-Con. This year is no different, especially if you’re a Star Wars fan. This year they have a slew of new offerings, but none more impressive than those for The Mandalorian. The company is releasing a couple of new marquis offerings featuring the title character and his bounty hunter companion, IG-11. You can see those in detail below.

The Mandalorian, however, is only one of the two blockbuster features Lucasfilm has to offer in 2019, however. The much-anticipated Star Wars: The Rise of Skywalker arrives in December. With it comes a host of new characters, including the Sith Trooper, Jet Trooper, and a greater emphasis on First Order Snow Troopers. (We only got a glimpse of this in The Force Awakens.) Hot Toys has immortalized all of the above.

Say what you will about the Star Wars prequel movies, but they did introduce us to the Clone Troopers. Though the clones never existed in real form (Clone Troopers were all CGI in the films), they found new life through the animated Clone Wars television series. Hot Toys has perfectly captured both iterations. This year you have a Clone Trooper and Captain Cody as depicted in the infamous Order 66 scene of The Revenge of the Sith.

While the clones are spectacular in every detail, it’s really the Mandalorian and IG-11 that stole the NYCC 2019 show.  For more information on those two pieces, click HERE.

Sideshow and Hot Toys have plenty of other offerings for the discerning collector, as well. If you’re in the area or otherwise attending the con, be sure to stop by their booth (#1912) and check them out for yourself.

Stay tuned here to That Hashtag Show throughout the weekend for all your NYCC 2019 news! 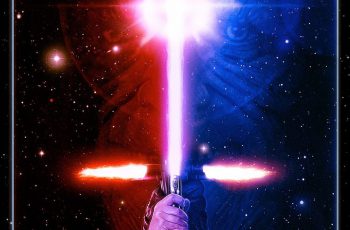 You’re going to get a breather after the credits roll …