Join Barry the Salesman once again as he breaks into a top-secret lab and makes off with an experimental jetpack. You’ll navigate Barry through the lab, dodging obstacles while trying to collect coins and complete missions before making your eventual escape. Welcome to Jetpack Joyride!

Adapted from the side-scrolling hit video game, Jetpack Joyride is a real-time board game puzzle of twists and turns. Can you be the first to complete the missions and exit the lab before your opponents?

In Jetpack Joyride, each player receives four sector cards to make up their laboratory. In a full four-player game there will be 50 track tiles; these are semi-transparent polyominoes in five different shapes. Players use these polyomino path tiles to trace their path throughout their lab.

Continue taking tiles from the common supply one at a time. Then place them adjacent to the last tile on your lab. Act quickly, though, or that perfectly sized piece will be snatched away from you. The round ends when one player escapes their lab or the common supply of path tiles is depleted.

In the game you’ll score points for your collected coins, but subtract points for any obstacles you crossed. Likewise, score points for any of the three public missions you’ve completed this round. The player with the lowest score gets to choose first from among a set of gadget cards. Those will help them for the rest of the game.

Three new missions are dealt out for the next round. Path tiles are returned to the common supply, and players exchange their lab cards. After three complete rounds, the player with the most points wins.

Lucky Duck Games has done a fantastic job of replicating the video games’ stressful situations game play in this board game adaptation of Jetpack Joyride. The tension is ratcheted up through the real-time, Space-Trucker-like grab of components. Here, you’re trying to get the polyomino shapes (path tiles) that will help you successfully navigate the lab, safely collecting coins while sidestepping obstacles.

I love how these path tiles are translucent and you can easily see what you’re covering up. The placement of the obstacles and coins is an engaging puzzle as you try to quickly come up with a way to get through your lab. Having players trade their lab cards after each round was a wise decision, since you won’t be able to memorize the best path on your lab and simply aim for those pieces in subsequent rounds.

With only three mission cards revealed each round, every game will offer different challenges. You may be trying to hit 10 squares in the top row (or the bottom row), dodging (instead of collecting) all the coins in one sector, or near-missing a scientist. There are 17 missions to keep the game fresh.

After scoring for the current round, gadget cards are handed out to each player, starting with the lowest-scoring player. These are the game’s catch-up mechanism, with some powerful (and possibly game-breaking) abilities. Not only do these make your task easier and possibly higher-scoring, they help speed the game up since you’re not as restricted. While the box says the game takes 30 minutes, I haven’t come close to the 20-minute mark at any player count.

The solo game removes the real-time aspect and replaces it with a component-management mechanism. You’ll still play three rounds trying to complete missions and collect as many coins as possible, but after each round the pieces you use are not returned to the table; instead they’re taken out of the game, often leaving you with suboptimal pieces for your next run. After a few plays I realized that I’m terrible at the real-time game, and this welcome variant is more my jam.

Jetpack Joyride is an outstanding real-time puzzle game that both fans and non-fans of the video game will enjoy. It won’t take long to learn and play so it’s the perfect way to begin or end your next gaming session.

Thanks to Lucky Duck Games for providing a review copy of Jetpack Joyride. 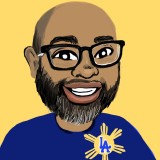