After a sudden decimation of everything that you once knew about Fortnite, the battle royale is back. This upcoming season is not called season 11. It’s now Fortnite Chapter 2. People were expecting the same map but with small changes. This time around you get a whole new map to play on. The playing field is level for the first time since the beginning. This must have been a massive undertaking by Epic Games.

Fortnite: Chapter 2 is All New

The new game starts you off with a cinematic showing all your favorite Fortnite characters. You quickly transition from cinematic to gameplay in a fluid way. You’re on your way from the Battle-Bus to the new land below. Now in this fantastic new world, you can finally swim in the game. Swimming means that you’ll need boats, which are now included in the game. Also, you’ll be able to fish for XP while you’re playing. These special in-game actions add to a punchcard that you have to get more XP for the battle pass. Getting kills and surviving for long periods of time also add to this card.

These new updates to the game are welcome additions to a game that needed a bit of a shot in the arm. Recently Epic Games had been dropping the ball when it comes to gameplay changes to the Fortnite formula. Fortnite Chapter 2 seems to be what’ll make the game last that much longer in the public eye. It remains to be seen what the professional players will think of these changes. They have the largest voice in the game and dictate what changes are good or bad like the much maligned Mechs from last season.

Fortnite isn’t gone like some of you might have been praying for. Whether you love or hate the game, it’s around for the long haul. So you might as well let other people enjoy their time with it. We’ll have to see if Fortnite: Chapter 2 stacks up with the other successful seasons in Fortnite‘s past.

For more on Fortnite, gaming, and anything else you can think of involving pop culture, check back to That Hashtag Show.

All images and video are courtesy of Epic Games.

Microsoft is preparing to launch a subscription/payment plan bundle that … 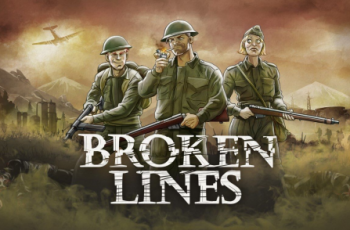 Fans of games like Fire Emblem and Final Fantasy Tactics …