In what may be the biggest “trick” this Halloween season, director Stanley Kubrick has returned from the grave. Why? For no other reason than to bash Marvel movies, of course. In doing so he joins his renowned Hollywood director colleagues Martin Scorsese and Francis Ford Coppola. “I do not always know what I want, but I do know what I don’t want,” said Kubrick of the Marvel Cinematic Universe. “If it can be written, or thought, it can be filmed,” he continued. He then notes that, while superhero films can be filmed, Hollywood need not actually make them.

Sounds preposterous, right? It’s about as preposterous as two other legends of Hollywood bashing a genre of film completely different than their own. Nevertheless, that’s exactly what Scorsese and Coppola have been doing lately. Scorcese said Marvel movies aren’t cinema. Coppola, on the other hand, took his disparagement to a disproportionately unnecessary level.

Martin was being kind when he said it wasn’t cinema. He didn’t say it was despicable, which is what I say.”

Despicable? Really? Look, we understand that Avengers: Endgame was a spectacle. Certainly it wasn’t a cinematic masterpiece like The Godfather, Part II. But to openly bash a completely different genre because you don’t happen to understand its appeal? Bad form, Francis. And you too, Martin. Like it or not, people enjoy Marvel movies. If they didn’t, Avengers: Endgame wouldn’t be seated at the top of the all-time box-office list.

Are Marvel movies really the issue?

We can’t be sure what motivated the two directors to comment as they did. Perhaps it’s as simple as jealousy.  The MCU is its own, multi-billion dollar entertainment industry, after all. On the other hand, it could be (and is more likely) an instance of “old boys’ club” Hollywood elitism.  “If you make art that’s not personal, it’s a sin,” Coppola said. Who is he to say that Marvel movies aren’t personal? They’re certainly personal to producers and directors like the Russo brothers. Likewise, for fans who grew up reading the comics on which the Marvel movies are based, the personification of their favorite characters can be intimately personal.

I used actual Kubrick quotes above to illustrate the absurdity of Scorsese’s and Coppola’s comments. (Don’t forget: Coppola directed Robin Williams in Jack.) The fact that they don’t like Marvel movies, or more likely don’t understand their allure, does not make the films less “cinema” than say Taxi Driver or Apocalypse Now. They’re just… different.

Perhaps it sounds ridiculous, but the best thing that young filmmakers should do is to get hold of a camera and some film and make a movie of any kind at all.” 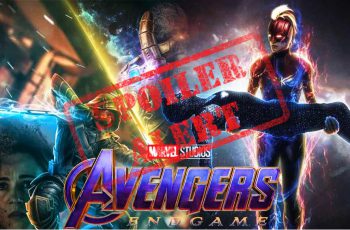 If you are a fan of the MCU, you already …

In a recent interview with BuzzfeedNews, Elizabeth Olsen opened up …