Comparing films to video games at one time might have sounded like apples and oranges, but the game has definitely changed. With the advent of game engines creating environments sometimes more real than the one we live in, games are almost the equivalent of motion picture films. They are both judged in dollars, and opening weekend cash hauls are the benchmark. Call of Duty: Modern Warfare from Activision released on Friday, October 25th to a whopping $600 million opening. That’s more than double of Warner Brothers Joker, which brought in $234 million globally on it’s opening weekend.

Modern Warfare: The Devil in the Details

No release of something this popular is total smooth sailing. Dollar figures that large often come with glitches and problems, and Call of Duty is not immune. With the volume of play, Activision servers were overwhelmed at times, stranding players in offline limbo while waiting for multi-player lobbies to open, sometimes for two hours. Many players were stuck waiting in queues, rage quit, or simply settled for campaign mode.

A gamer I know personally, who goes online by the gamer tag of KrogerDeliMan, told me Modern Warfare went live at 8pm CST in the United States, but was not able to connect to servers for over three hours. Certainly opening day is going to see huge volume, but that should be something anticipated by game creators.

KrogerDeliMan had good things to say about the gameplay, lauding the improved realism and smoothness of game play. He also praised the updated load out options for weapons. Class customization is another highlight he cited, giving players of different skill levels a chance to still be competitive based on their play style. He did, however, say that spawn camping needs to be addressed by game designers, and that current maps create a haven for passive game play.

“The high amount of windows and doorways caters to players that like window warfare. Claymores are overpowered right now, too, but the game is still a whole lot of fun. Plus the rumors of upcoming DLC maps make me and the guys I play with hopeful the bugs will smooth out.”

Credit Where Credit Is Due

Modern Warfare‘s release was a record breaker. The game quickly became Activision’s best-selling digital product, set sales records for PlayStation Network pre-orders, and is the number one Call of Duty title release for PC. Monster releases like this are a huge effort across multiple levels. In addition, factor in the cross-platform options through Blizzard’s Battle.net access and Activision has climbed a serious mountain in the gaming industry.

“Through the first three days, Modern Warfare has more total players and total hours played than any Call of Duty opening release in the last six years. More importantly, our players are having a great time playing. Congratulations to Infinity Ward and all our teams involved on an incredible game and its spectacular launch. We also want to thank the community for your incredible support. The launch of Modern Warfare is only the start. There’s much more to come.”

More to come is an understatement. We’re looking forward to it! Have you played Modern Warfare yet? What do you think of it? Let That Hashtag Show.com know how your experience has been so far! 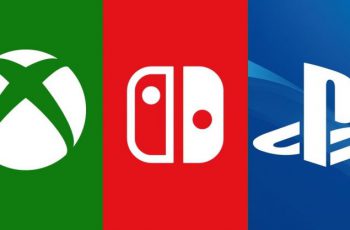 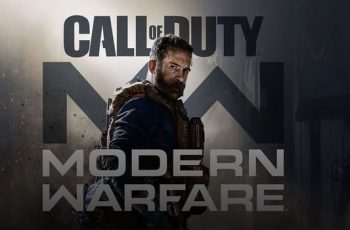 Today was a landmark day for Call of Duty and …