Over eleven films, Star Wars is a global phenomenon with a massive fandom. That fandom is some of the most rabid and opinionated to ever exist, and that includes those of us who write about it. With Episode IX on the immediate horizon, I’ve gone back and watched the entire saga in timeline order to prepare for The Rise of Skywalker. That process reminded me that I love a film saga that has some of the most cringe-worthy moments and terrible dialogue ever on tape. So I did what all good writers do. I got a piece of paper and decided to jot down my choice for the five worst scenes throughout all eleven films. We’ll start with an honorable mention. Buckled in? Good. Punch it, Chewie!

This may not be the worst scene, but it’s the worst omission in history. Chewbacca is a big dude, so he’s pretty hard to miss. His role in the events of A New Hope were pretty significant. So how could they have missed him in this ceremony? The final scene at the Star Wars “Oscars” finds our Walking Carpet snubbed on stage. George Lucas has addressed this, saying:

“Chewbacca wasn’t given a medal because medals don’t really mean much to Wookiees. They don’t really put too much credence in them. They have different kinds of ceremonies.”

Good try, George, but let’s call this oversight exactly what it is. Medals may not mean much to Wookiees, but seeing him get passed over meant a lot to the fans. So much so that the snub is still talked about to this day. Trailer one for The Rise of Skywalker shows us a medal held in female hands. Likely it’s Leia with Han’s medal, but honestly if anyone is going to have it, it should be Chewie. Here’s hoping they finally rectify that in Episode IX. Ok, now on to the list.

#5: The Courtship of Padme Amidala, Star Wars: Episode II – Attack of the Clones

This may be cheating, but I’m counting the whole sequence of Anakin and Padme on Naboo during Anakin’s “protection assignment” as a scene, and it hurts to watch. This includes the infamous comments about Anakin and his hatred of sand, the floating food, the awkward fireplace dialogue, Shaak surfing… the whole progression of Padme falling for him was a mess.

The sequence was forced (no pun intended), like an arranged marriage. It seriously makes me wonder about whomever (Editor’s Note: George Lucas got really lucky maybe twice with writing a script, fight me on this) wrote that dialogue and how bad they must be at dating. 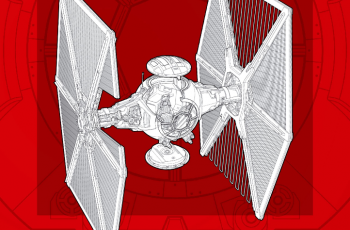