This is it, Star Wars Fans, the day we’ve all been training for. This is like Taco Tuesday falling on Cinco de Mayo. Disney Plus goes live today and we’re all waiting for The Mandalorian‘s first episode! Last night, we were treated to one last bonus trailer before the launch. Check it out:

The Mandalorian: This Looks Awesome…

… and if you don’t agree, fight me! (Editor’s Note: Fight Me As Well) All this talk about the Disney-era of Star Wars is about to go quickly to the wayside. Will The Mandalorian erase The Last Jedi? Not a chance. Fans are scarred for life after that. Will it help mend the fences with the fans? Remains to be seen, but after all the new footage we’ve seen in the last couple weeks, I’d be willing to put a wager on the answer to that one. This clip shows the tone of the show, hearkening back to another time where we all said a darker, more-adult Star Wars is what fans really want. When a door scissors a guy in half right at the start, it’s safe to say we are getting what we asked for!

Get on Disney Plus. It’s live right now!

Forbes was up early this morning letting people know how to get Disney Plus going. If you need help, this article has the goods: Here’s how to sign in. No doubt, many have already seen the first episode as of this morning, The show is, after all, the flagship title (for now) on the new streaming service.

Check back with That Hashtag Show throughout the day for our reviews, both spoiler and spoiler-free until you can get home to watch episode one of The Mandalorian yourself! 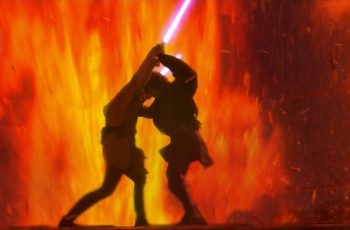 I, like so many other Star Wars fans, recently re-watched …
Telling the story of Star Wars on film has taken …