TTTMU – Surprises along the way

THS: Has there been anything that really surprised you while producing the toys that made us?

BVW: Tons! Every toy has had a MAJOR surprise. I’d like to say I have several PhDs in Star Wars toys. But from Interviewing Jim Kipling, Lucas Ten-Thousand dollars are a year from toys. Kipling, in fact, brought the contract to the interview!

THS: In this current media frenzy with smaller Youtube channels pop culture historian channels, what do you think has made your series one of the most popular?

THS: Did you have to shop around your show or with your relationship with Netflix from the comedy specials were they ready for another show that you produced?

BVW: 7 years to look at the show and lots of other places passed including history and nat geo. From Netflix, Devon Griffin was on the acquisitions side for comedy and moved to “unscripted”. Having had a relationship outside of the office and seeing my personal to collection didn’t hurt either. The one issue I did have was that producers get typecast. I was a “comedy guy” and it was hard to get people to think that I could do a documentary. I think it was fortuitous that everything lined up the way it did!

THS: Most of the material I write for thathashtagshow is centered around Power Rangers. What was the reaction you got from the fandom upon announcing the upcoming PR episode?

BVW: It is the understatement of the millennium, it was 100% positive.

THS: A previous interview that asked what do you want to be when you grow up? You said an X-Wing pilot.

BVW: If we’re only talking Star Wars then yeah there is nothing more beautiful its such a beautiful design.

One last thing Volk-Weiss mentioned was that he would like to do possibly as a series finale is The toys that should have not been made!! Add to his list of “wants” a cross over with the TMTMS about the commercial cult flop hit Dune.

Are you excited for season 3 like we are? let us know in the comments below what toys you would like to see featured in the future! And, of course, make sure to stay up to date with thathashtagshow for everything trending in geek pop culture. 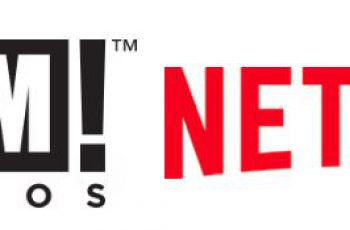 Straight from the press release, Netflix strikes a landmark deal …
It has been reported that Netflix is developing a sequel …