Unveiled at the start of the Inside Xbox event earlier today, Jedi Fallen Order, has an impressive final trailer.

The game, which releases tomorrow, Friday, November 15th, is hopefully going to reignite the classic Star Wars game genre. EA has bungled the Star Wars license given to them for awhile now. This is probably their last chance, so they have to go all out. Luckily for all of us, Jedi Fallen Order looks fantastic. This new live-action trailer doesn’t give us much look at the gameplay coming tomorrow but it shows us the feel of the game. It tells us the tone and shows just how much Star Wars means to multiple generations of people. The transition from real-life to “A Galaxy Far, Far Away…” is flawless and I wish they would have released this earlier in the cycle for the game. This would have hyped me up even more for the game than normal.

What That Hashtag Thinks of Jedi Fallen Order

You better bet that we here at That Hashtag Show are all excited for this newest Star Wars property. Jedi Fallen Order releases on Xbox One, PS4, and PC. If one of the other writers doesn’t get to it first, you can bet I’ll get a review up on the game as fast as humanly possible. Respawn Entertainment has a long pedigree with great shooter games like Titanfall and Apex: Legends. This is their first foray into third-person action games, but they have one of the best in the genre on their side with Stig Asmussen. He was a developer on the God of War series at Sony Santa Monica. Now he’s the lead director at Respawn. Here’s to hoping the game meets all of our wildest desires.

For more on Jedi Fallen Order, Star Wars, and any other general pop culture, make sure to check back to That Hashtag Show.

All images are courtesy of Respawn Entertainment. 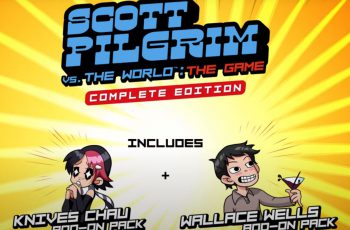 Scott Pilgrim vs. The World: The Game was originally made …
Microsoft is preparing to launch a subscription/payment plan bundle that …