We are just a few days away from the opening of Star Wars: Rise Of The Resistance opening at Disney’s Hollywood Studios at the Walt Disney World Resort.

We have gotten so much information the last year about the ride, and this past week and we got another look at the ride. Last week on Thanksgiving, Disney released a new look at the ride during the Wonderful World Of Disney: Magical Holiday Celebration. And you can check out the images from Twitter user and Spectrum 13 News Reporter Ashley Carter below:

All we know about Rise of the Resistance is:

When it opens, this harrowing adventure will blur the lines between fantasy and reality and will put you in the middle of a climactic battle between the First Order and the Resistance. You will join the Resistance and depart from Batuu in a transport ship to meet General Leia Organa at a secret rendezvous point. Along the way, however, you will be captured by a First Order Star Destroyer. The action then ramps up as you seek to escape the clutches of Kylo Ren and the First Order – with the help of some heroes of the Resistance

I’ve been very excited about this ride since it was revealed, and now that it’s opening soon, I know all of the die hard Star Wars fans will be excited to check it out.

This ride sounds like it will be amazing, and I’m excited to hopefully check it out next time I’m at Disney World.

For more on Star Wars, Disney World, Rise of the Resistance, or any other general pop culture you can think of, make sure to check back to That Hashtag Show. 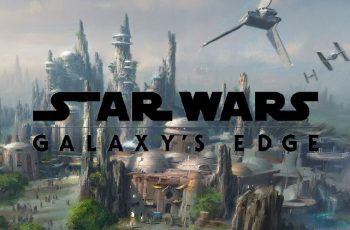