Zombieland: Double Tap released in theatres earlier this year. If you’re like me, you loved the first Zombieland film. It took a subgenre of horror and turned it on it’s head. It wasn’t the first film to take zombies and add humor to it and it won’t be the last. But other than Shaun of the Dead, it’s the best to do it. Check out our review from when the film came out in theaters here.

It took ten long years for a sequel to be made. Now that our heroes are ten years older and wiser, how did it hold up? My answer is, pretty well. It’s not a better film than the first, but it does recapture the magic that made Zombieland so fun.

Now that we’ve gotten that out of the way a bit; we can talk about the home video release of Zombieland: Double Tap. First off, it’ll be coming out on digital release just in time for Christmas on December 24th. The home video release comes on January 21st on Blu-Ray, DVD, and 4K.

Normally when a movie like this comes out on Blu-Ray, you get a bare-bones package for extras or special features. You get a trailer and maybe a phoned in audio commentary. This package is surprising from that standpoint. Zombieland: Double Tap comes with nine extended or deleted scenes and outtakes/bloopers from the set. It has six featurettes about various topics including: the new cast members, the vehicles of the film, the Babylon location in the film, and the rules of making a zombie film. Also included is an audio commentary from Ruben Fleischer.

For more on Zombieland, zombie movies, or any other general pop culture, make sure to check back to That Hashtag Show. 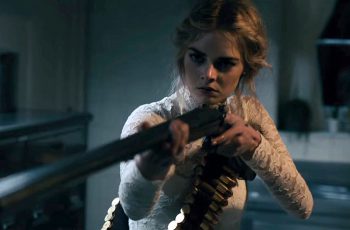 The most surprising film of the year for me so …
‘Solo: A Star Wars Story’ is coming to digital streaming …