Although originally slated to hit theaters in November 2019, the first trailer for Wonder Woman 1984 doesn’t drop until this coming Sunday, December 8th. We’ve received very little in the way of details, although images have been released. Brief looks at Chris Pine returning as Steve Trevor and Kirsten Wiig as Barbara Ann Minerva have been it. However, a new product image posted by @WonderWoman84HQ on Twitter may have revealed our first look. It appears to show Kirsten Wiig’s Barbara Ann Minerva alter ego Cheetah.

If this is an accurate depiction of what Kirsten Wiig will look like as Cheetah in Wonder Woman 1984, it is a very different than current comic book story arcs. If you take a look at the picture below you’ll see the current super villainess transformed into cat form. This leaves us to speculate why there may have been a change. Was it a production decision made to ground the character in the DC film? Or is their more transformation unrevealed that we are still not seeing by the product reveal.

We do know that in Wonder Woman 1984, Kirsten Wiig will be portraying the Dr. Barbara Ann Minerva version of Cheetah. In the comics, Minerva was third incarnation of the villain. Minerva was a British archaeologist which eventually leads her to the discovery of a tribe in Africa which had a female guardian with the powers of a cheetah. While ingesting human blood and Urzkartaga berries in the pursuit of immortality she becomes the host for the Cheetah persona. These powers are meant for someone who is a virgin. Unfortunately, she isn’t one. The resulting effect is that she becomes a blood thirsty villain in her cat form. 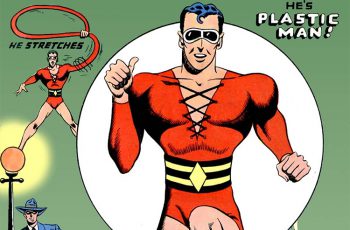 Although it is still unclear what will happen to superheroes …

Rumors have been swirling for a long time that Matt …