Many fans of the new Lost in Space on Netflix have been wondering if the streaming service forgot about the Emmy-nominated series. Season one ended back in April of 2018. Well, wait and wonder no longer. Lost in Space, season two is set to debut on Christmas Eve 2019, and the visual effects look amazing! Check out the trailer above:

Lost in Space: What To Expect in Season 2

Lost in Space, Season 2 will have ten 1-hour long episodes and looks to continue on with amazing science fiction story-telling. The press release gives us this:

“There’s more danger—and adventure—ahead for the Robinson family. With the Jupiter 2 stranded on a mysterious ocean planet without their beloved Robot, the Robinsons must work together, alongside the mischievous and manipulative Dr. Smith and the always charming Don West, to make it back to the Resolute and reunite with the other colonists. But they quickly find all is not as it seems. A series of incredible new threats and unexpected discoveries emerge as they look for the key to finding Robot and safe passage to Alpha Centauri. They will stop at nothing to keep their family safe… survival is a Robinson specialty after all.”

It’s also rated PG with a family-centered dynamic, so the whole family can enjoy a night on the couch. Get the popcorn, shut off your phones and prepare to binge watch!

The new trailer starts out comedic enough, with young Will Robinson documenting the Robinson family efforts to turn a starship into a sail boat. Following suit with the series, danger rears it’s head and presents a waterfall in the middle of an ocean.

Next we learn that Robot is lost, and the family determines to find him. Parker Posey’s Dr. Smith tell everyone that Robot is the key to their survival. From there we get snippets of all the ensuing calamity that befalls them on their quest. We have dinosaurs, space buffalo, renegade robots, solar storms and explosions—all the mixings of awesome sci-fi adventure!

The final shot of the trailer pulls at the heart strings. In Lost in Space, season one, Will Robinson endeared himself to Robot by helping him regain his broken parts and escape a forest fire. At the end, we see Robot in trouble and in his gravelly electronic voice, the powerful machine calls out, in his fashion:

Catch all the Lost in Space action on Netflix starting December 24th, and stick with That Hashtag Show for all your geek pop culture news and reviews! 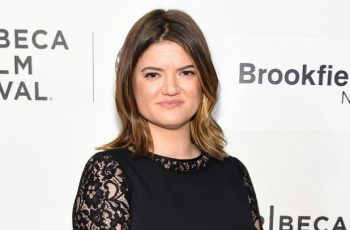 With all this news of a third season of The … 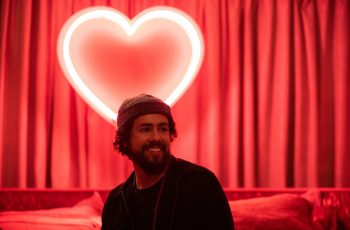 These past few months have been quite stressful to say …