Star Wars.com dropped a new sneak peek scene today for Episode IX, and there’s no words for this opening scene. You just have to see it:

Holy crap in a hat! That opening sequence is a game-changer! For all those who are already crying about this movie, well just hush. If that opening isn’t enough to get you to buy a ticket, then turn in your Star Wars fan card now.

We get some Palpatine, some Snoke, and some Vader in this clip, as well as a look inside what may be a Sith Temple. Kylo bravely trucks up to it, saber hilt lit, and is ready to face whatever demons are within. If the rest of this movie is anything like that clip, hats off to J.J. Abrams and crew for taking a pile of mess and making it into something that, so far, looks amazingly good.

Related Story: Episode IX is an emotional rollercoaster for Rey

There’s still no name for the planet we find Palpatine languishing on, but it’s dark, cold, and with this new clip, appears to house some Sith secrets. Those statues look like the Sith Lords of old, and in one lightning flash it appears to be Nihilus’ face and mask behind Kylo on the elevator. This is the Star Wars film we’ve been looking for!

What does the rest of Episode IX hold? We’ve been fortunate to see some amazing footage so far. What does the rest of the film hold? And in 7 more days, we’ll all get to see how it plays out! That Hashtag Show will be here for in-depth spoiled and spoiler-free reviews, so stay tuned! 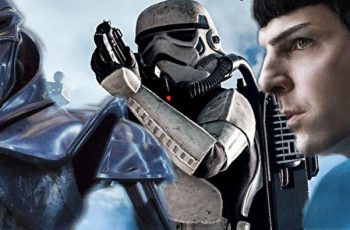 Almost as long as there has been Star Wars, there … 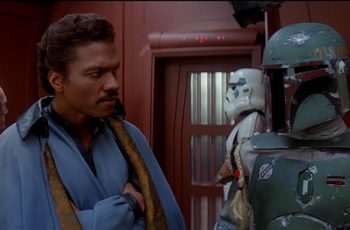 What does it take to become a classic character in …