Star Wars fans are all abuzz with the fun of The Mandalorian on Disney Plus. And just around the corner is the Obi-Wan Kenobi series and the unnamed Cassian Andor/K-2S0 series. You would think that would be enough to keep Star Wars busy for a while, but a rumor started swirling this week that there is a fourth live-action Star Wars series brewing to release in 2020. Say hello to Doctor Aphra.

Is the Doctor Aphra rumor legit?

Jason Ward, Editor of Making Star Wars, and a credible Star Wars leaker spoke about the Doctor Aphra series with Inverse a few days ago.

“A new Star Wars show is starting about now that nobody even knows about… I’m hearing it’s a Lucasfilm-Marvel venture with both companies teaming up to bring a Star Wars show to the small screen. It’s not clear if Kevin Feige, who Disney recently approached to work on an unannounced Star Wars project, will be involved with the Doctor Aphra show in any way.”

As cool as this could be, this is just a rumor. It has not been verified or confirmed by Inverse, Comic Book.com, or That Hashtag Show. Inverse did reach out to Disney representatives for confirmation. They did not receive a reply. Silence speaks louder than words sometimes.

Most assumed the nod to Kevin Feige to write something for Star Wars might be for the next big screen trilogy, but little is known on what his actual involvement in any project would be. If this show is his baby, it makes sense as he’s coming from the Marvel side and Doctor Aphra, to date, has been a Marvel comics character only.

In Star Wars, Who is Doctor Aphra?

As a Star Wars homage to Indiana Jones, Doctor Chelli Lona Aphra is the brain-child of comic writer Kieron Gillen and artist Salvador Larroca. Back in 2015, she first appeared in Marvel’s Star Wars: Darth Vader #3. She’s an archeologist by trade, and a droid specialist. Her arc involved being hired by Vader to help him create a secret droid army on Geonosis. In the end, she was destined to die off, however, the sales and popularity of Darth Vader #3 gave them pause to keep her alive. Plus, she built a way for herself to survive, giving the writers an out to carry on with her story.

She appeared in several books during that arc until 2016, when she landed in her own feature series: Star Wars: Doctor Aphra. Vader doesn’t know Aphra survived being blown out of an airlock, but she can’t let that slow her down. She has to go on recovering artifacts to pay off an enormous debt to the Wookiee bounty Hunter Black Krrsantan. Her 40-issue flagship series follows her exploits while from running and hiding from the Empire. Aphra has adventures along side, and fighting against, Han Solo, Luke Skywalker, and the Emperor himself. She travels the galaxy with her two murderous droids, BT-1 and the red-eyed protocol droid, 0-0-0. She still makes questionable life choices and constantly flirting with dubious morals in a galaxy under Imperial thumb.

“Most of what we’ve seen so far in Star Wars is goodies versus baddies, and Aphra ain’t that. I would suggest that the reason people respond more to Han Solo than they respond to Luke Skywalker is because he’s not just playing the goodie. He’s a little more complicated than that. And Aphra is 100% the same but from the other direction.”

Her timeline puts her in an area earlier than The Mandalorian and the Obi-Wan Kenobi shows. The Cassian/K-2S0 series happens earlier, but the possibility is high she’s come into contact with any and all of these guys. There could be crossovers!

What would Doctor Aphra mean for Disney Plus?

First, it means dollars past year one. Verizon customers got a free year of the streaming service to kick the tires. A small exodus is expected after the free run ends. However, if new content on par with The Mandalorian for Star Wars fans keeps rolling out in an orderly fashion, more will keep it than drop it. And if you think about it, the timing of a new series drop makes sense, as the Verizon deal expires in November 2020. There needs to be a hook in there to keep viewers subscribing. One or two cliffhanger episodes of a new Star Wars series will definitely keep us on board!

The real coup for Disney is the secrecy. If this rumor is true and filming has already begun, then the cast is set. No one knows anything about who has been cast or where the stories will fall in canon timeline. If true, it’s a better-kept secret than Baby Yoda. Plus, the story-telling era here is rich. The comic puts her between Episode IV and Episode V, which is smack-dab in Darth Vader’s prime territory. A Doctor Aphra series could mean more Darth Vader screen time. That’s a win for all Star Wars fans.

What do you think, fans? Would a Doctor Aphra series keep you Star Wars euphoria? Let us know at That Hashtag Show.com! 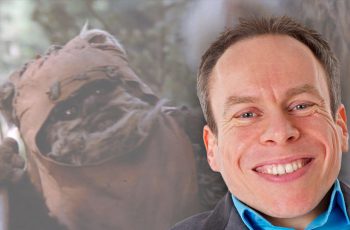 Warwick Davis. Of course you know who that is. Wicket … 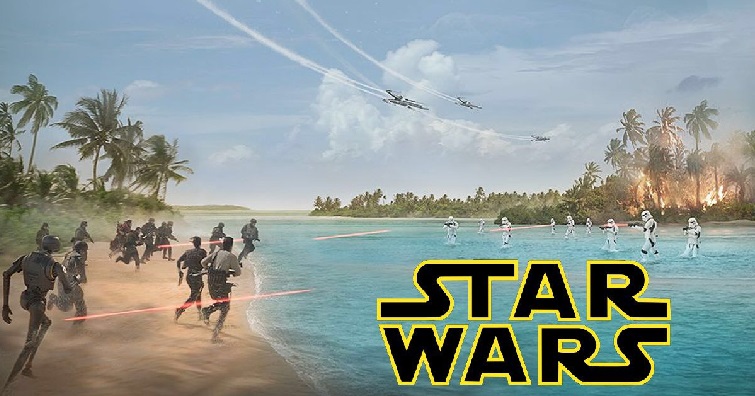 The Star Wars film saga has taken us all over …