There are about seven or eight more Dungeons and Dragons games that are being made. Gamesinsdustry.biz had talked to Wizards Of The Coast President, Chris Cocks about the games. He mentioned that they are working on a lot more games that will be released in the future.

Cocks had also mentioned that:

“We really don’t limit people,” he says. “The Dungeons and Dragons team’s job is to say ‘yes’ when people want to play something… The best dungeon masters tend to want to figure out how to say ‘yes’, and have the players do what they want to do… We want to open it up, open up the narrative possibilities, the character development, open up the level of problem solving and combat opportunities and thrills that players can be able to experience. And we’re going to do it in a variety of genres… And in future games we will explore different areas, whether it’s grand strategy and combat at army level scale, to really intimate character portrayal.”

Knowing this is really amazing, and something good to look forward to. Those other games won’t be releasing for a while. So Dungeons and Dragons fans will have Dark Alliance to hold them over until the other games get announced and released.

What do you think about these new Dungeons and Dragons games coming out? Let us know in the comments or on Facebook.

For more on D&D, tabletop games, video games, or any other general pop culture that you can think of, check back to That Hashtag Show.

DarkCoast and White Wolf Entertainment presents WORLD OF DARKNESS: the Documentary – coming to … 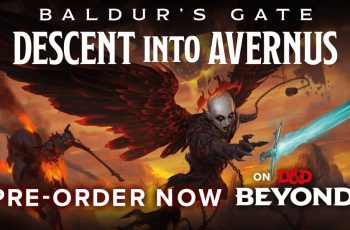 This weekend Wizards Of The Coast is holding their Dungeons …