I previously opined that Star Wars: The Rise of Skywalker proves the irrelevance of reviews in today’s film industry. In doing so I stated that “people are more concerned with promoting their bloviated opinions than with actually, objectively reviewing the film.” Not only do I stand behind those words, I’m doubling down. A recent “review” claiming that there is no great Star Wars movie proves my point.

A so-called “film critic” at the New York Times recently reviewed The Rise of Skywalker. He claims that “The Rise of Skywalker isn’t a great Star Wars movie, but that may be because there is no such thing.” Now I understand that journalists will say incendiary things to get attention. We all do it. But to make such a bold claim that there is no great Star Wars movie? The rest of the review just goes on to prove how out of touch this so-called critic is with the Star Wars franchise.

First and foremost, the author ignorantly and arbitrarily sets his parameters in ranking the various films of the franchise. Right of the bat he omits arguably one of the best films of the entire franchise, and a great Star Wars movie. He only considers the episodic films, and says they all tie for fourth place. (We’ll set aside his amateurish failure at math, in that there still has to be a 1-3 in order to tie the rest at four, but I digress.) His condescending conceit comes next with his claim that:

You know I’m right, even if you insist on making a case for The Empire Strikes Back or The Last Jedi to name the two installments that are usually cited as the best individual movies.”

The fact that the author cites The Last Jedi, a film that a majority of fans (not self-important critics, but fans) deride as one of the worst of the entire franchise, as one of the “best individual movies?” That just goes to show that this guy wouldn’t know a great Star Wars movie if it hit him in the face….  Because there are at least three, great movies in the franchise.

Let’s be honest: there’s no hope for this guy if he can’t see the original Star Wars as great. It was groundbreaking. A New Hope introduced us to entire new galaxy’s worth of storytelling. And let’s not forget the actors and characters to which it introduced us. Likewise, The Empire Strikes Back was a truly great Star Wars movie. It provided darker tones, superb acting, excellent storytelling, and a perfect set up for what was to follow. Empire is the benchmark for great Star Wars films. Few have risen to its level. Certainly not The Last Jedi.

That other film I mentioned above, the one the author refused to even discuss? Rogue One: A Star Wars Story. While it tied together with prior works, it didn’t rely on them. It featured new characters in the telling of a story that thus far had only appeared in the opening crawl of the original film. Rogue One showed the darker, grittier, more realistic side of the Galactic Civil War than any of its predecessors. It was different, relying not on Jedi or lightsabers to tell its tale. It truly is a great Star Wars movie in and of itself.

A little advice: when a critic leaves things out so as to better fabricate false equivalencies or arbitrary opinions without a full, supporting basis? Don’t even bother taking it with a grain of salt.

Star Wars: the Rise of Skywalker is now playing. The other, great Star Wars movies you can catch on Disney+, digital, and Blu-ray. 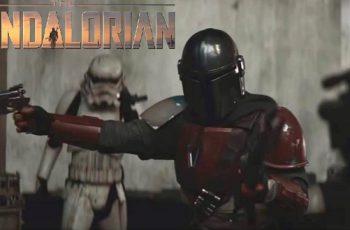 Star Wars fans will nitpick anything. It’s one of the …