A Mars base has a problem.  They have a base under their own and it is full of dead vampires, but Vampirella can help with that.  However, something else is lurking down there in this week’s Comic Rewind, Aliens/Vampirella Collection.

Vampirella was the go to gal when dealing with vampires as she is a vampire herself and a known friend to humans.  A group of Mars space station crew and Vampirella decided to go under and check it out down there.

When Vampirella took a look at these dead vampires she discovered they are a type of vampire known as the Nosferatu.  They were scientists of the vampire world and probably only drank synthetic blood. However, the real surprise was what killed the Nosferatu, Xenomorphs from Aliens.

Can Vampirella fight this new foe on a foreign planet?  Will she be able to save the Mars base humans from certain death?

Aliens/Vampirella Collection was written by Corinna Sara Bechko with art by Javier Garcia-Miranda and InLight Studios.  The volume was published in 2016 by Dynamite Entertainment.

Who The Hell Is Vampirella?

I know basically nothing about Vampirella coming into this story other than she is a vampire and ever so sexy.  My expectations for what kind of character she was were minimal. However, I was still somehow disappointed by her character.

I would think I would see her do something really cool or see how badass she is.  However, no such luck. The only cool thing she did was sprout wings and fly. It is really hard to see why she would be popular enough for her to have her own comic.  The reader was given no background on her and who she was. Am I supposed to like her, fear her or respect her? I have no idea.

We also don’t get a glimpse into her personality.  Why should I care if she lives or dies? I don’t know if she is a hero or an anti-hero.  Some of the Mars people don’t like or trust her, but it is never explained why.

The comic drops the reader right smack dab in the story with zero explanation of Vampirella.  The Xenomorphs are a lot more famous than Vampirella, but had much more explained about them than Vampirella.

Why Was Vampirella So Popular

I found the story was told well without plot holes or confusing story issues.  However, it was boring because I know nothing about Vampirella and the story was predictable.  It was an easy read, but there was nothing compelling me to turn the page other than getting it over with.

Something funny which came out of me finishing this comic is that I want to read more Vampirella.  I know she was a popular character, particularly in the 1970s.  However, I don’t know why anyone would care about her after reading this.

I want to find out why she was so popular.  It is very possible she was popular because she is sexy.  I intend to find out.

However, this volume was terrible and should be avoided like vampires avoid the sun. 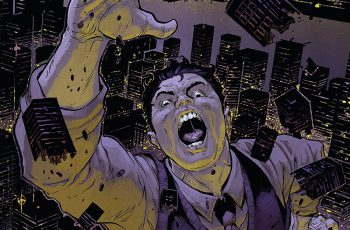 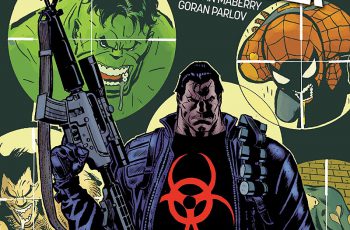 Story Synopsis: Marvel Vs. A virus has turned the entire …