This time of year belongs to two types of movies.  There are the movies the studio holds no faith in, thus dumping them in the no-man’s-land of January, or the movies that technically released in 5 theaters the year before so they could be considered Oscar material.  When they receive the hype, they wide release in January.  Let us see if Lucy in the Sky deserves an Oscar on its mantle, or if it indeed belongs in Oscar the Grouch’s trash can.

This movie loosely bases itself on the life of astronaut Lisa Nowak.  Lisa Nowak flew to space as a part of Discovery mission STS-121 in July of 2006. What she is known for, however, is a 900-mile cross country trip to face down her ex-lover’s girlfriend, and what started out as attempted murder and kidnapping charges were later reduced to burglary and various misdemeanor charges.

In Lucy in the Sky, Lucy is an over-competitive, overachieving astronaut (spurred on by her Grandmother’s teachings) who has an overwhelming experience on her spacewalk, and she becomes so overwhelmed by the feeling of seeing Earth below and space beyond that it overloads her mind. Upon returning to Earth, her sole obsession becomes returning to space as fast as possible.

However, upon her return her mind begins to unravel and she makes a series of bad choices that further rip her life part, and chief among them is when she begins an affair with a coworker.  She takes the affair more serious than her lover and leaves her husband, only to find out her lover moved on to another female astronaut.  The obsession grows and the cross-country assault ensues.

Many things can be said about Natalie Portman, but it cannot be denied she has a fascination and draw towards broken and disturbed roles.  The Professional, which launched her career, may lay on the tamer side of things, but movies like V for Vendetta, Black Swan and Annihilation demonstrate her love of these roles.  Lucy in the Sky is no different.

The problem this time is that her efforts do not work.  Her portrayal of the mental instability is reciting space checklists and procedures under her breath.  Her emotions come across as flat and lack any emotion at all.  We see the character decline, but at no point is there a connection between her and the audience.  Lucy makes bad choice after bad choice and there is no reason to care.

Lucy in the Sky: Support Cast No Support

Add in that Lucy’s husband has all the depth of Ned Flanders from The Simpsons (IE – none).  Dan Stevens portrays Drew Cola as a God-fearing man with the depth and intrigue of a rock.  If this were set in the 50/60s maybe it would fit better, but in the 2000’s it’s out of place and artificial.  He becomes too artificial, shallow and perfect.  Pearl Dickson portrays the daughter, Blue Iris, who serves zero purpose in this movie. Are never shown a bias toward either parent, yet when Lucy flies off the hinges and walks out on her husband, the daughter blindly follows Lucy.

John Hamm serves his purpose as the lover, but Zazie Beetz is totally wasted in her role.  There is just no feeling or depth to any of the characters in this movie.  While Lucy receives a bit of a redemptive upturn in her life at the end of the movie, again there is no clarity or understanding as to what is happening.

Lucy in the Sky: The Story Fairs No Better

The story for this movie supposedly revolves around Lucy’s spacewalk experience.  The feeling of vastness and immenseness of space overwhelm her and trigger the down slides in her life, but the problem is the scripting does a very poor job relating her problems back to the space walk.  Sure, there are mentions of what happened from time to time, but again all emotion is lacking.  A movie like this needs that emotional connection or it becomes a military drill – move here, step here, do this, turn step here.  One simply looks at the stupid choices of the protagonist and does not care.

This movie simply fails on every single level.  At one point my computer froze during a scene, and I thought maybe we were near the end by now.  Nope.  An hour of the movie still remained, and I was only halfway through but was so ready for it to be done.  As much as I hate to say it, this movie deserves its scores.  Rotten Tomatoes scores it at 22% and Metacritic only gives it a 36.  This movie belongs in Oscar’s trash can, not in the company of Oscar award contenders. 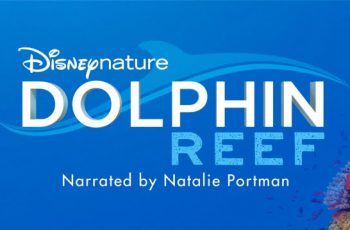 In celebration of Earth Day, Disney+ revealed today that Academy … 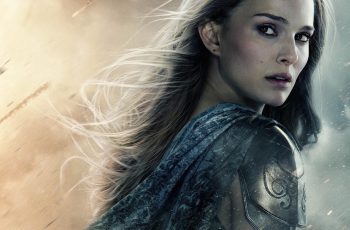