“At last, we meet again for the first time for the last time.”

As absurd as that statement may sound, we may soon experience this exact phenomenon. In fact, we kind of already have with DC’s Crisis on Infinite Earths story line. We”ll also seem ore of this phenomenon in the world of the Flash. the time-weaving Flashpoint story will be central to the upcoming film. It’s also ever present in the comics as we are introduced to Paradox, a new, up and coming villain, yet we know him already. First off, here is the release on Flash #88:

As a hero, the Flash helps as many people as he possibly can…but Paradox shows what happens when ordinary people pay the price for super-powered battles royale. What started as a happy life of family and science turned into a nightmare when the Turtle’s attack on Central City rained down from the future—and now the story of the civilians caught in the crossfire will change the Flash’s life forever!

“Howard Porter and I created and planted the seeds of Flash’s new deadly and powerful villain way back in The Flash Annual in 2018,” says Joshua Williamson. “Now, Paradox wants revenge on the Flash legacy! Howard killed it in this Paradox origin issue in The Flash #88!”

Flash 88: The Other Side of the Camera

All of the speedster, time travel, dimension jumping becomes confusing at times. Perhaps Dr Who said it best when he described it as a big ball of wibbly wobbly timey wimey…stuff, but Paradox looks to be a new villain, already introduced, but never talked about before.

In comics and comic movies we follow our heroes as they zoom around saving the day, but rarely are we shown the story from the viewpoint of the every day common man caught up in events. Sounds like Paradox will indeed be this story. This run could provide a fascinating view of what that side of events looks like and can inspire.

Ok, so how can a brand new villain be a story already told? Simple. When multiple sources (The CW Arrowverse) tell a story, someone can break the story before the other uses it.

This story sounds very similar to the backstory of Cicada in season 5 of CW’s The Flash. Orlin Dwyer started as a normal man until the explosion created the meta humans. His Niece Grace becomes comatose after the explosion and this launches Orlin on his anti-Flash/metahuman man hunt.

While there will be plenty of differences, telling the story from the bystander side of things puts a cloud on what we otherwise see as perfect superheroes.

Flash 88 Look of the Future

Here is a look at what both the cover and insides will look like for Flash 88:

Paradox and Flash 88 will hit retail shelves on Febraruy 12th. 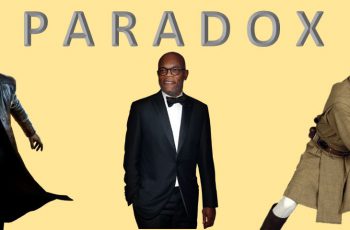 The Marvel Cinematic Universe is a well-oiled machine. It has …