Was this the best Royal Rumble that WWE has ever put on? As a whole show, no, it’s not. The show didn’t have any bad matches, but it had some questionable decisions during those matches. Normally the Royal Rumble is a place for surprises and hints at what Wrestlemania season has in store. This time around, there was both of that in spades. For awhile the men’s match seemed like it was heading down a dark path. One Claymore Kick later, and it was brand new. WWE made a new star, and pushed up the star of another. It surely could have been a worse event than it was, but it did the job that it needed to. Let’s get into the match by match review.

This was a match that had no right to be as good as it was. If you’ve watched the metamorphosis of Baron Corbin, well that’s KING Corbin to you, you can see where he’s made changes. His character has gone from bland and just “I kind of dislike this guy” to ” Wow, I want to see this guy get his ass beaten up and down the street”. If there’s someone in WWE today who can give a beatdown, it’s Roman Reigns. Luckily for all of us, this wasn’t just some squash match. It was a slow paced at the beginning. Then the two competitors picked it up considerably. Following a wicked chokeslam to Reigns on the announce table, the action went full force. The two spilled into the Minute Maid Park crowd.

Corbin looked surprisingly menacing, he was taking it to the Big Dog of WWE. Finally we got some interference in the form of Dolph Ziggler and Robert Roode. If you guessed there was going to be interference from those two, you had to guess the Usos would follow close behind. In a thrilling sequence, it looked like the villains would get the upper hand. Suddenly, an Uso comes flying out of the second deck (basically), a cross body onto the three heels. The match continued with Corbin getting shoved into a “port-a-pottie”. It looked like they would do a spot with Reigns pushing over the portable toilet onto it’s door and pin him that way. That’s not what they went with.

The match continued after Corbin spilled out of the toilet. I can say this match would not have been as cool if it wasn’t in a baseball stadium. But it would have been an insane main event for a “C” level pay-per-view event. Finally, they two went on top of the dugout in Minute Maid. It looked as if Corbin would get the upper hand. Reigns pounded him, then gave him the Spear for the 1,2,3.

This was a great way to open the show. I would normally open the new, two rumble, format of this show with one of the multi-person royales. This time, Reigns and Corbin gave a great show for the thunderous crowd. With the perfect amount of interference, and not too much stupid weapon violence, it was a great match to kick off the show. It also showed that Corbin doesn’t need stupid dogfood gimmicks or anything like that to look like a credible threat to Reigns. 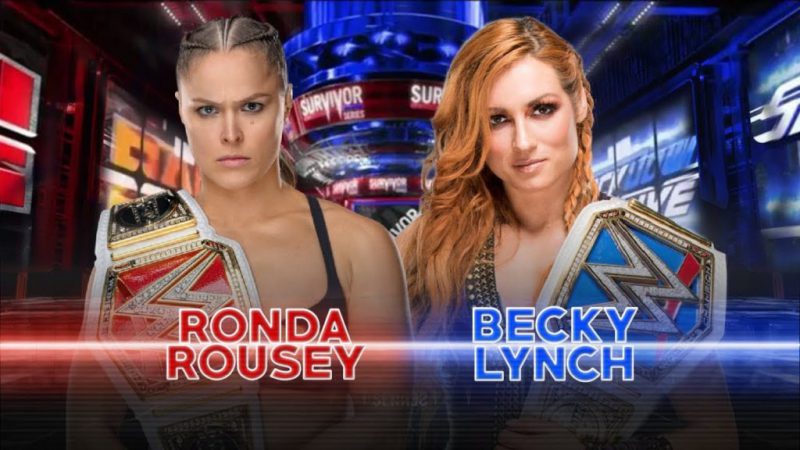 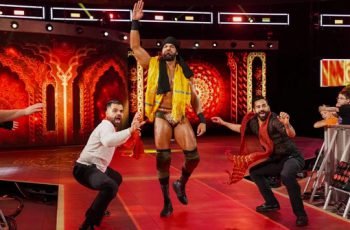 WWE Superstar Jinder Mahal had surgery to fix his ruptured …