Alan Harris, known for playing the Bounty Hunter Bossk and many other Star Wars roles, has sadly passed away today at the age of 81. In a post from Imperial Signings, they confirmed his passing and talked about how Harris has been fighting heath issues for a number of years.

Alan Harris is best known as playing Bossk in The Empire Strikes Back. Even though fans never saw his face in this role he developed a huge fan following. Harris played roles in all three Original Star Wars Trilogies. He played Leia’s Rebel Escort in A New Hope and Stormtrooper in The Return of the Jedi. He also help model the Boba Fett Prototype Armor and was the mold for the Han in Carbonite. They just cut out his face and replaced it with Harrison Ford’s.

Alan Harris loved his fans. Even when sick and in pain he would go to conventions to meet and sign autographs for his fans. I had an opportunity to talk with Harris for a few minutes and wow, his love and passion for Star Wars and his fans is like none other. He never thought that Bossk and the following that he had would of got as big as it did. So RIP Alan Harris, the Star Wars world will miss you, but also we will never forget you.

You can tell us your memories of Alan Harris hitting us up on Twitter or myself @starwarsnerd574. Also feel free to share any photos of Harris as well. You can also join my page at the Midwest Star Wars Fanatics to chat all things about the galaxy far, far away. Also, make sure to stay up to date on all news by following us at ThatHashtagShow.com and the Star Wars Fanatics on Facebook. I can’t wait to see you all this year at Celebration 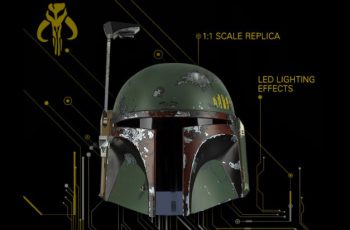