“If they hear, they hunt you.” That was the tag line for A Quiet Place, starring John Krasinski and Emily Blunt. The unique horror film took the cinema world by storm when it hit theaters in 2018. Krasinski’s masterful direction and use of silence as a horror tool propelled the film to instant classic status. It follows a family that “must live in silence to avoid mysterious creatures that hunt by sound.” The story continues this March with A Quiet Place II. Emily Blunt returns as the film picks up after the events of the first:

Following the deadly events at home, the Abbott family (Emily Blunt, Millicent Simmonds, Noah Jupe) must now face the terrors of the outside world as they continue their fight for survival in silence. Forced to venture into the unknown, they quickly realize that the creatures that hunt by sound are not the only threats that lurk beyond the sand path.”

A Quite Place II  more frightening than the first?

The concept of living in complete silence is a terrifying enough as it is. A Quiet Place II looks to expand on that premise as new threats emerge to challenge the Abbott family’s survival.

“A Quiet Place II picks up right where A Quite Place Part I left off…. They are forced to go out in the word and see how other people live. So they literally leave the path of safety and go into the unknown.” ~ John Krasinski

As with any dystopian future story, it’s not just horrific creatures that pose danger. The featurette strongly hints that, as with shows like The Walking Dead, humans remain equally as dangerous. A Quiet Place II “definitely ratchets up the tension,” Blunt says in recent featurette. “You know they’re not safe.” 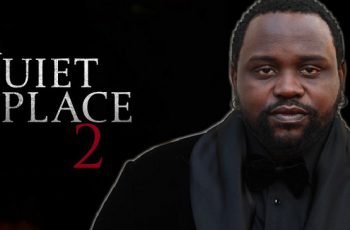 A Quiet Place quietly (pun intended) became of the biggest …
The sleeper hit of the spring, A Quiet Place, was …