Welcome back HashTaggers to part II of Lifeboat: A Star Wars Fan Fiction. You can brush up on Part I here:

Last time, we saw Medical Officer Lt. Meera Dyre barely escape the Death Star II with a pair of Royal Guards aboard the Emperor’s personal shuttle. One of the guards is gravely wounded, and the other has a secret she’s yet to reveal…

Meera stared through the narrow glass into the empty black void of space. Tears of sorrow flooded from her eyes. “Are we the last ones left alive?” she whispered to herself. “How could this have happened?”

In a flash, the black was replaced with brilliant blue streaks fading in the wake of the shuttle. She watched the tiny cosmic particles dance and flare between the streaks of ion trail from the shuttle’s engines, but the mesmerizing blur of stars in a hyperspace jump couldn’t erase the destructive energy burst of the Death Star mere moments ago. The image was seared into her mind—never to be forgotten. Her head pounded; thoughts muddled with replays of the cataclysm she witnessed in the fiery halls of the battle station. And his face.

The face of the Jedi assassin would haunt her forever.

You’re in shock, she thought to herself. You survived it, Meera, just as Father used to tell you. It’s just shock. Be grateful for that.

Meera shuddered. She knew it was a lie, even if only to herself. Her malady wasn’t from simple shock. There was something more, unlike anything she had ever felt before. She couldn’t explain it. The cries of every dying soul in the battle rang in her head. She could feel tingles, like tiny pin pricks—one for each life that was snuffed out behind her. Meera closed her eyes tightly, trying to will away their screams. They remained, and she wept.

Between sobs, she glanced over to the med capsule and remembered the injured guard laying in it was only reason she stood in this cargo bay and was not burning to a cinder in the vacuum of space. The blinking beacon inset to the top indicated critical care was required. She wiped the tears from her face, careful not to press on the gash in her cheek, and punched up his triage report on her data pad. It didn’t look promising, but Meera was confident she could keep him alive until they reached a proper medical facility. She pulled back the pod’s glass shroud and gently cradled behind his neck to remove his menacing crimson helmet.

He was quite handsome; fair skinned with a muscular jaw and a salt-and-pepper goatee. His hair was black, shoulder-length with flecks of grey. He was not scarred, but his face had seen battle. Meera could tell after all the troopers she has treated in the war against the rebels. Even at rest, a warrior’s face told the stories of the horrors they have seen in war. He lay so calm and still she could easily mistake him for dead. She leaned down and looked closer into his face.

“Still breathing, I see. That’s good. At least I can save one comrade today.”

She reset the shroud and keyed the program to start a medically-induced coma. The bacta serum would handle the rest until they could get him to something better. She let out a heavy sigh. It would be many cycles before she could forget this day. A shot of pain traveled up her arm, causing her to grimace. Her own wounds were now demanding attention. The gash on her arm and on her cheek throbbed in waves, and her headache reached a full maelstrom behind her eyes. Damn, she thought. A concussion, too? The hits just keep on coming.

That was something else her father used to say. The hits just keep on coming. Meera smiled at the memory. She pulled a bacta injector from her sleeve pocket and jabbed it to her carotid artery. The life-giving liquid surged into her bloodstream when the injector pinged, bring instant relief from the pain in her head, but not the screams. They still remained.

Wait, that wasn’t a scream—someone in the over-deck behind her was shouting.

The words were muffled through the bulkhead, but they were loud and definitely hostile. She turned to go investigate, only to find one of the red-armored Storm Troopers was right behind her blocking the way up. Startled, she jumped and shrieked.

“You’re lucky the Captain vouched for you,” came the electronic disembodied voice from inside his helmet. “Our orders were to shoot anyone who tried to board.”

Meera stared into the cold black eyes of his helmet, seeing only her reflection staring back. The salt of her tears burned in the wound on her cheek as she cried for the thousands her Imperial brothers and sisters aboard the Death Star. All those lives… lost—and this one would have taken more.

“You would have killed me just for trying to survive?” she asked through the tears and pain.

“Who ordered you to murder fellow Imperials?”

“Royal Adviser of the Emperor, Sim Aloo,” came the cold response. “He was very specific. Welcome aboard.” He turned and marched through the open cargo bay door. The steel blast panels swished closed behind him.

Something in his tone brought long- buried memories flooding back to the surface. Things she wanted to forget. Memories of her childhood, and of her father who worked for the Empire in the heavy weapons factories on Sullust.

Memories of a simpler time with him after her mother died; and memories of the Storm Troopers “just following orders” that killed him.

She stormed up the ramp and through the doors to investigate the shouting, hoping it would distract her from the painful reminisce. The door at the top slid open to reveal a luxurious cabin with a large black conference table in the center. Around it were two Imperial Majors—one young and handsome, and the other bulky with a strange-looking mustache. Another red-armored Storm Trooper without his helmet and a mechanical technician sat opposite each other close to the door.

At the far end, at a ramp Meera assumed led to the cockpit stood three more fully-armored Storm Troopers with blasters at the ready. Their armor was bright red, matching the color of the Royal Guard. She surmised they must be a special detachment for the Emperor. She had never seen them, nor their sleek red armor before. In all, including Meera and the two pilots she assumed were in the cockpit above, there were twelve souls aboard and one dying slowly in the med capsule below deck.

Another saying from her father crept into her mind: Thirteen. That’s an unlucky number.

The source of the argument stood at the far end of the table in front of the troopers. The female Royal Guard who brought her on board stood toe-to-toe with a tall, thin man with a bony face and wearing the finery of someone of importance in the Empire, or, at least, used to. He wagged his long, wiry finger in the face of her shroud and bellowed arrogance into her face behind it.

“—and command of this vessel is mine!” shouted the skeletal-looking man in flowing purple robes and a hat too large for his head. Meera noticed how it bobbled back and forth over his forehead as he shouted. His eyes were deep-sunk and blackened like a corpse.

“You bureaucrats disgust me,” she spat back, full of contempt. “You command nothing here, Aloo. Go back to your spice den.”

“You forget your place, Captain Krest! I am a Royal Imperial Adviser to the Emperor, himself! I will not tolera—”

Before he could finish the sentence, Krest drew a hidden vibroblade from her cloak and in one deft, lightning-fast stroke, held the razor-sharp edge to his neck, halting his words in his throat. Everyone froze, expecting a flick of her wrist to end his life at any second. The large hat Aloo wore tumbled to the floor as he jerked backward in surprise, terror filling his eyes. 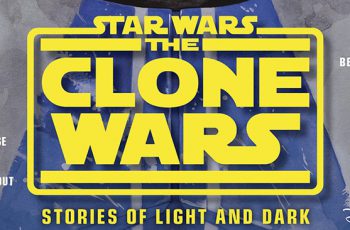 Are you still reeling from that epic finale of The … 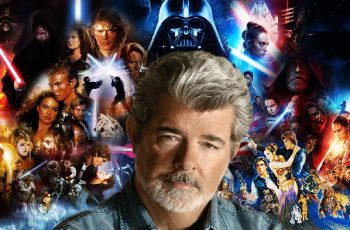 1977 will forever be a pivot year in cinematic history, …