There’s a lot of conjecture out there right now when it comes to the new Obi-Wan Kenobi series from Disney+. From script re-writes to the length of the series, it seems that everyone has ideas, speculations and opinions on the new show. Ewan McGregor, we know at least, is confirmed to reprise his role from the Star Wars prequel films. He recently talked to Jimmy Fallon on The Tonight Show about the show’s status.

This is the first time we have actually confirmation of when the Kenobi series will get off the ground. The actor also indicated that he’s been watching The Mandalorian in order to prepare for the new show. “I liked it, I really liked it,” Ewan McGregor said of the hit series. (That show is already filming Season 2, which producer Jon Favreau confirmed would return in the fall of 2020.)

The fact that Ewan McGregor immediately referenced the live-action Disney+ Star Wars production as prep material for the Kenobi series is encouraging. Many fans are hopeful the Obi-Wan Kenobi series will follow in The Mandalorian’s footsteps as far as quality and adherence to those principals that made Star Wars great in the first place. Notwithstanding, some are concerned about the rumors of the new Kenobi series having hit a scripting snag already.

Perhaps that’s not such a bad thing. Look what happened with Solo: A Star Wars Story. I for one would rather Lucasfilm iron out the kinks before production begins rather than switching mid-stream. (Although, admittedly, I enjoyed the finished Solo product.)

In any event, Ewan McGregor seems genuinely excited to be returning as Obi-Wan Kenobi. We can’t wait to say “hello there” when the series finally airs. For more informatio tou can always visit starwars.com. 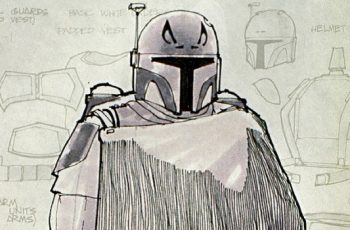 Boba Fett has, for the last forty years, been one …
It’s a shame that a A-list director like Ron Howard …