Let’s get right to it: Birds of Prey is finally THE DCEU FILM WE DESERVE!

If Warner Bros. are indeed “rebooting” the DCEU, then let me say they are off to a BANG. Birds of Prey (and the Fantabulous Emancipation of One Harley Quinn) has given me hope on what the DCEU ( DC Expanded Universe) can finally become going forward. Consider this a quasi-sequel to the hot mess that was Suicide Squad. This time the focus is on the best thing from that mess, Harley Quinn.

Margot Robbie returns in the role that she was born to play. She is utterly delightful as the childlike yet very vicious Harley Quinn. Don’t the get the title twisted, this is a Harley Quinn film in all its glittery, frenetic glory. Just sit back and enjoy the ride.

The film starts off in a delightfully fun animation sequence where Quinn gives us the rundown on how she became the wacky, dangerously beautiful siren we’ve all grown to love since Batman: The Animated Series. After she gets dumped by the Joker, she decides to show all of Gotham how to get over a relationship by crashing a tanker truck thru the Ace Chemicals factory. What she doesn’t realize is how many people she’s pissed off. Now that her and Mr. J are no more, it’s hunting season on her head.

Birds of Prey: Epic and Action-Packed

The action sequences in PREY are EPIC and come straight out of a John Wick film. One sequence in particular takes place in a jail with Quinn in a all our brawl all while fire sprinklers are going off. Director Cathy Yan can shoot the hell out of a action sequence and it shows thru out this film. Writer Christina Hodson pulls off a wild, wacky beautiful disaster (in a great way) of a script that had me wanting more.

On top of Robbie shining, Ewan McGregor’s performance as Roman Sionis (a/k/a Black Mask) steals the film. He is tremendously entertaining in the role and doesn’t skip a beat playing a misogynistic idiot. And damn, he looked like he was having a hell of a time doing it. He has quickly become hands down one of my favorite villains in a DC or even Marvel film, period.

Now for the Birds Of Prey themselves. The one that shined the most was Jurnee Smollet-Bell as Dinah Lance, a/k/a Black Canary. She stood out the most in all her scenes and even showcased Canary’s vocal chops. Rosie Perez is the perfect Detective Renee Montoya in all her brooding drunken ways. Ellen Jay Basco’s Cassandra Cain is also. delightful. But… if there was a weak link it would have to be Mary Elizabeth Winstead’s Huntress.

For me the unsung hero of the film would hands down be the Birds of Prey soundtrack. What Suicide Squad tried to do by shoving songs and trendy artists down your throat, seems fluid and normal in Prey. Each song had a purpose. From Barry White’s “I’m gonna love you just a little more baby” showcasing the art of building a breakfast sandwich, to Megan Thee Stallion & Normani’s “Diamonds” setting up the films climatic fight sequence. It all worked perfectly.

Now I’m not sure where Harley will fit in upcoming DC films. In all likely the film will rule the box office this weekend so you know a sequel will come next but more than likely as a solo Quinn film. If Birds Of Prey is any indication of what we’re going to see next in the DC Universe, then just maybe Marvel might have a problem.

For more information, visit the official website at https://www.birdsofpreymovie.com/. 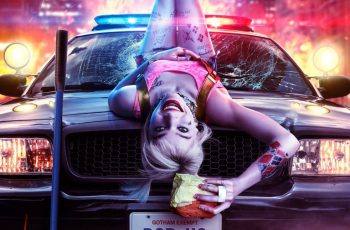 Four new teaser posters were released yesterday ahead of today’s … 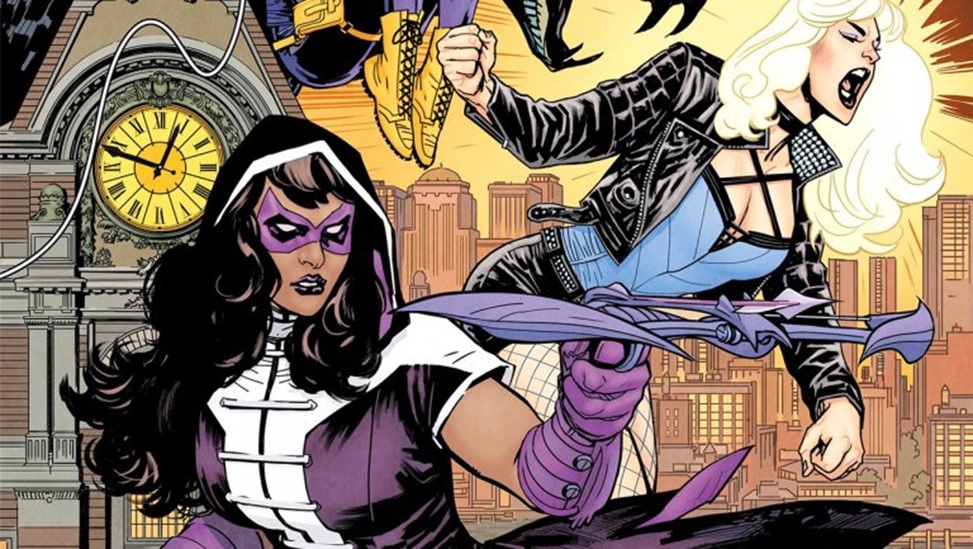 While we are a month away from Aquaman hitting theaters, …