So, you’ve been to Star Wars: Galaxy’s Edge, and now you want to experience what travelling on a ship in the Star Wars Universe is like. Well starting in 2021, you can. Walt Disney World is opening their new resort hotel, the Star Wars Galactic Starcruiser next year. We have exciting news for Star Wars fans wanting to check it out! The Disney Parks Blog has revealed that reservations for the resort will be open later this year.

This 2-day, 2-night experience will put you into the world of Star Wars. From the time you step into the ship to the time you leave, there are going to be new experiences for Star Wars fans young and old to enjoy. And you’ll be able to also take an excursion to Galaxy’s Edge.

Hop aboard the Galactic Starcruiser!

Walt Disney Imagineering Executive President Ann Morrow Johnson had this to say about the new experience:

Star Wars: Galactic Starcruiser is a completely new type of experience. You’re going to live onboard a star cruiser…and you can get wrapped up in the larger Star Wars story.

And this is what we know about this new experience from Disney:

From the moment you board your launch pod, it’s a fully-immersive, multi-day Star Wars adventure aboard a luxury starship complete with high-end dining, space-view cabins and all of the exciting action you would expect from an authentic Star Wars experience.

Star Wars fans have already gotten to experience the immersive experience that is Galaxy’s Edge. The Disney Parks expansion opened last year at both Disneyland and Walt Disney World. There you can visit the world of Batuu. In some places, you can almost forget you’re still on out planet. Now you can forget you’re even on a planet at all aboard the Galactic Starcruiser!

The official date for reservations has not been announced, but you can check the Disney World website for more details. 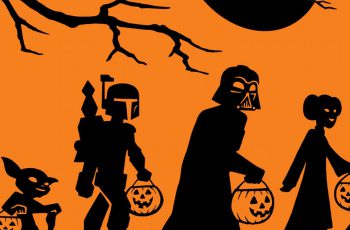 It is getting near that time of the year again, …
When it comes to cameos in the new Star Wars …