Unfortunately it is not what you think. This is not actually a reboot or even a sequel of the original The Goonies. This is actually a TV series about three kids who have a dream of doing a shot-for-shot remake and their teacher who helps them. While the movie came out in 1985, it still remains a popular film among fans across generations.

The still untitled re-enactment series by Fox Entertainment is still in development. Deadline reported that Richard Donner is involved. Their article stated that Greg Mottola (Superbad) is attached as director. Sarah Watson (Parenthood) was the writer for the pilot. Fox President, Michael Thorn confirmed the project. Thorn stated that the network was “very excited about” it.

So No ‘The Goonies’ Sequel?

Comicbook.com did report this week that Ben Schwartz had written a follow up to the 80s classic. While doing interview for Sonic The Hedgehog, Schwartz revealed that he had turned in a script to Seth Rogen and Adam McKay. The script would’ve seen a group, similar to The Goonies gang, back on an adventure as adults after they failed as children. The sequel would follow the adults as they had a second chance at the adventure years later.

Unfortunately for The Goonies fans, reports of sequels have circulated for years now, without anything ever coming to fruition. In 2019 it was reported that a film titled 79ers was in development. It had director Kay Cannon (Blockers) attached and Dylan Meyer (Rock Bottom) was polishing up the script for Lionsgate. We all know that in Hollywood it is only a matter of time before a popular property like will eventually get its inevitable reboot or sequel. When that happens we only hope that all the cast of the original The Goonies return.

For more on this project, or any other general pop culture, make sure to check back to That Hashtag Show. 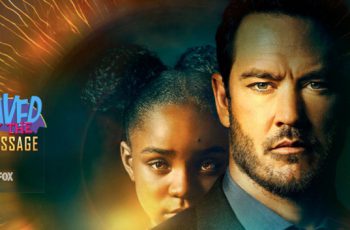 Fox’s The Passage is a show about vampires, seemingly made …
The fall line up is coming! Now that summer hell …