Ever since Double or Nothing, AEW has captivated the attention of wrestling fans. That night, Jon Moxley shed his old skin of Dean Ambrose and WWE. He immediately made his presence known by interfering in the Kenny Omega-Chris Jericho match. He didn’t attack Chris Jericho in that match, but he definitely showed that he had a problem with the former WWE champion.

Fast forward a couple months down the line. AEW is thriving on Wednesday nights on TNT. There are some cracks in the show coming out though. The women’s division is lackluster. The tag team division seems like it’s thrown together at certain points. The Dark Order is looming over the show without a leader, and unless it’s Matt Hardy, it’s sure to disappoint. Cody and MJF are putting on a good show, so that’s a plus. Overall the show needs something hot to keep it going at the top. They need someone to keep eyeballs on the product while NXT sets up for it’s biggest Wrestlemania season ever.

Why It Needs To Be Moxley

You could try to do this story with a couple of the faces on the AEW roster. It would work to a certain degree with someone like Kenny Omega or Adam Page if they wanted to keep him a babyface. The reason why this storyline will be huge money for AEW is because Jon Moxley has no friends on the roster. It always cheapens a beatdown from five guys on one when someone’s friends come out to “even the odds”.

Watching that as a wrestling fan, you almost expect it to happen. When Jon Moxley gets his ass whipped up and down the arena by the Inner Circle, no one is coming out to help him. Like Stone Cold Steve Austin or Terry Funk in that way, Moxley can take a beating, and keep going. He actively wants the fight. Which makes the match with Chris Jericho at AEW Revolution that much more exciting.

The problem that WWE had with Dean Ambrose was that he was too cartoonish in his style and he always had his friends with him. Part of the reason why people wanted to see Ambrose as a stand-alone heel so much were the opportunities for horrible violence and punishment he could deal out.

Moxley Can Be Unhinged Without Cartoon Violence or Hot Dog Carts

If you saw what Jon Moxley did to Kenny Omega at AEW Full Gear, you know just what he’s capable of. That match was filled with over-the-top violence that made sense in the confines of that story. AEW isn’t busting those kinds of spots out every show, which made them more impactful. Jon Moxley is the perfect character for this current main event storyline. He fills all the boxes for someone who can be a foil to the corporate, pretty, and cowardly champion in Chris Jericho. The reason why his character resonates so much is because he’s not out there telling you to “say your prayers, and eat your vitamins”. He’s simply kicking ass for the sake of kicking ass. Moxley gets his lumps, but he keeps coming back.

In WWE he was held back by the goofy spots he was forced to do. In AEW he can be his own character while providing the audience with someone they can rally behind that doesn’t fit into the archetypal boxes of wrestling. Chris Jericho is the perfect foil for him and they also have history dating back to WWE. Their feud is slowly building stars not only out of Moxley. Sammy Guevara, Jake Hager, Santana, and Ortiz are all being elevated because of their work trying to beat down Moxley.

AEW is slowly burning this storyline. 1. Because they have to, and 2. because they know it’s not one that they can hot-shot. It’ll be interesting to see what the company does with this storyline going forward. Can Moxley dethrone Jericho as the AEW Champion? Or will they keep the feud going into the Spring. We’ll have to find out at AEW Revolution. That event is set for February 29th in Chicago.

For more on AEW, Jon Moxley, pro wrestling, or any other general pop culture, make sure to check back to That Hashtag Show. 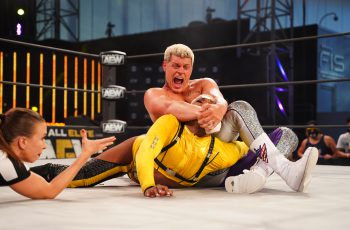 Whether it was because their main event of Fyter Fest … 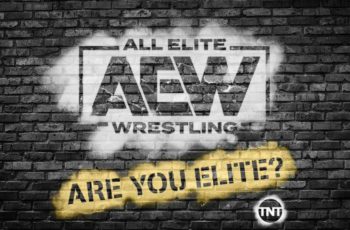 Wednesdays on TNT will be ELITE coming this October. All …