DC is filling out its release and production calendars for the next two years. Two projects are slated to begin principal photography this July: Black Adam and Shazam 2, which both tie into 2019’s Shazam!

When Do The Cameras Get Rolling?

In an October 2019 Instagram post Dwayne ‘The Rock’ Johnson officially confirmed that his solo DC film Black Adam would begin filming in July of 2020. After years of false starts and a revolving door of writers and directors. On February 10th GWW broke the scoop that Shazam 2 would also begin filming in July.

Shazam 2 is still in the early stages of development, so there is not much information yet. According to Entertainment Weekly Director David F. Sandberg and the cast of the first film, primarily Zachary Levi, Asher Angel, and Jack Dylan Glazer, are expected to return. Warner Bros. is looking to release the film on April 1st 2022. The film will probably build on the setup from the mid-credits scene of Shazam!. Which teased long running Shazam comic villain Mr. Mind.

Black Adam has had a much longer production history. The character in the comics is an antihero, the ruler of the fictional country of Kahndaq and the arch nemesis of Shazam. Johnson has been using his good standing at Warner Bros. to push for a Black Adam solo film for over 10 years. With himself executive producing and starring. Now the project is finally moving forward, with Jaume Collett-Serra (Disney’s Jungle Cruise) directing. Black Adam will be set in the 50s or 60s and pit Black Adam against the Justice Society of America. Casting is underway with Warner eyeing a December 2021 release.

What it Could Mean

Given these connections between Shazam 2 and Black Adam, it’s not unreasonable think that some form of connection between the two films might be filmed. Remember The Thor: Ragnarok scenes with Doctor Strange? And the Doctor Strange post credits scene that teased Ragnarok? Those sequences were shot at the same time, because there was overlap in both films respective production schedules. It is unlikely that the connection between Black Adam and Shazam 2 will be more than a tease. DC and Warner Bros will probably want to save Billy Batson meeting his arch nemesis for another film further down the road. 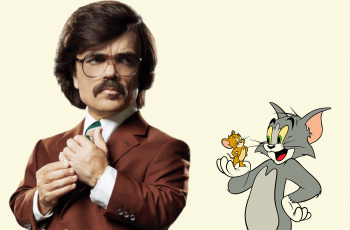 We recently shared with a shortlist of actresses that Warner …

The father of Dwayne “The Rock” Johnson, Rocky Johnson, has …