Giancarlo Esposito, who plays Imperial Moff Gideon, spoke recently at FAN EXPO Vancouver. Questions of course centered on what happened with his character in the Season 1 finale. After crash landing, Moff Gideon emerges from his TIE Fighter by slicing through it with the Darksaber. (To learn more about the famed Mandalorian weapon, click HERE.) It seems he’ll be wielding it quite a bit in The Mandalorian Season 2.  Against whom he’ll use the Darksaber, however, remains a mystery.

Why more lightabers in The Mandalorian Season 2?

The prop guys are wondering about me because I was in a bit of a commotion and a bit of a struggle with someone else…. Major, major, epic, epic lightsaber action happening on this show, and I should mention that I’m the only character in this first season who was able to be honored with having that lightsaber.”

I’m all for seeing the Darksaber in use during The Mandalorian Season 2. But… I honestly don’t think more lightsabers are necessary. The show has won accolades for its grittiness and seamless blending of virtual and practical effects. And, as we know, fans complained about The Rise of Skywalker being too full of fan service. Isn’t adding lightsabers beyond the Darksaber to this show just more fan service?

Sure, lightsaber action is usually epic and visually stunning. But consider the setting of The Mandalorian Season 2. Vader and the Emperor are gone, as is Obi-Wan Kenobi. Maul died just prior to the events of A New Hope. The Jedi Order is all but extinct. So who is there to even carry a lightsaber? Well, there is one person in this time period:

Mando has already made his way to Luke’s home planet of Tatooine once. And consider this: if there was anyone to portray Luke in in this setting, it would be actor Sebastian Stan. He’s a dead ringer for Mark Hamill’s younger self. And Stan just happens to be under contract with one Disney corporation for The Falcon and The Winter Soldier on Disney+ already…. If anyone could do it, he could.

Wouldn’t that be something?

The Mandalorian Season 2 arrives in October, 2020. 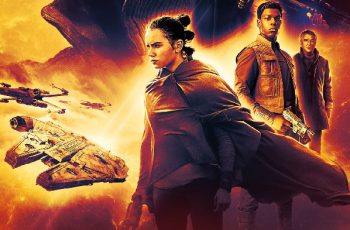 By now you’re sure to have watched the trailer for … 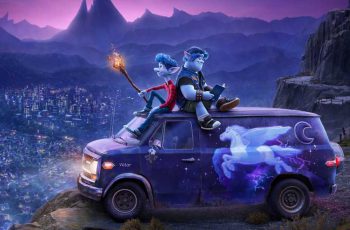