The Rise of Skywalker’s theater run ended. While we wait for the Blu-Ray/digital release, we can contemplate the whither-toos and why-fors, the coulda beens, shoulda beens, woulda beens. We remember all the great scenes and can’t wait to see them again, and we rerun the moments of disgust with all the things the movie did wrong. I can’t help but sit back and think about the Rise of Skywalker better ending we almost had.

The Ending to Ruin All Endings

Rise of Skywalker did many things correctly, but it also failed on a number of levels. No failure rung louder than the ending. What had been an incredible third act up until then, ended with a kiss that made a scene as bad as the love kiss back in Attack of the Clones. That scene so jarred me out of the movie that it ruined much of the rest of the ending.

The more I think of it, though, I see a different ending that would have made not only Rise of Skywalker a better film, but left the franchise in a better direction with a better future. Odd thing is, this new ending goes at odds with everything I thought going into the final movie of the Saga.

Going into RoS, I swore Ben Solo should NOT be redeemed. It felt like a cop out and a simple retelling of Anakin’s story, yet as the third act closed out, I felt okay with where it went. The combination of Rey’s fall into darkness combined with the emotions of Leia dying made a suitable impact that it felt natural and real. Adam Driver’s acting sold it as well.

Where the ending went wrong was not only the kiss that should never happened, but also Ben dying and Rey living. Rey needed to die, so that Ben could live. This ending would have broken the “overly safe” trope that JJ Abrams backed himself into, and it would have established a future far more interesting than the one we have…again. Here are three reasons why the wrong person died.

I will admit at the beginning I thought Rey to be a Mary Sue to a degree, but I needed the rest of the story. In the end, I don’t see her as anything more than a very powerful, very stubborn Jedi. In Rise of Skywalker, I took no issue with anything she did, except maybe the lightning. I thought that felt out of place, but after thinking about the Legends books, I’m pretty sure the Jedi kids stumbled upon the lighting as well. I let it go.

The only problem I have with Rey being the surviving Jedi to spread the teachings to future Jedi is that we essentially have Luke’s journey all over again. Like Luke, Rey fell to the dark side, and like Luke, an event happens that snaps her out of it. She then returns to the light. While she may believe more in teh virtues of the Jedi and the power of the light than Luke, in the end we have yet another semi-trained Jedi leading a new order. It will be essentially the same post turning-point-battle-then-train-journey Luke took. 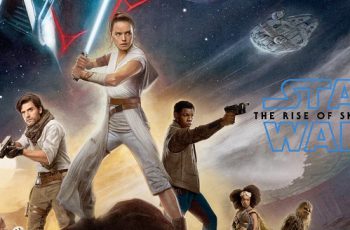 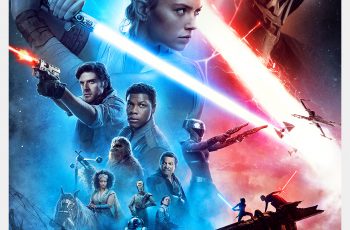 That’s it! The final Star Wars: Rise of Skywalker trailer. …