Sad news out of the comic world today Timely / Marvel Comics artist and World War II veteran Allen Bellman passed away at the age of 95. Allen was the last of the Golden Age Timely artists. For the people that knew Allen they can not say enough good things about him and his work. Allen and his wife Roslyn (Roz) would great the fans of whatever comic con they were at with a smile. They would talk to everyone, you never saw anyone leave their table without a smile. I myself had the privilege to talk with Allen last year at the Hall of Heroes Comic Con in Elkhart, Indiana and it was hard to leave his table. You could just sit there a listen to him all day.

So, some may ask, who is Allen Bellman? Well, instead of me trying to sum up his legendary comic career, here is the about him from Allen Bellman himself on allenbellman.com:

I was born in Manhattan and studied at the High School of Industrial Arts. I eventually became a staff artist at Timely during the Golden Age of comics. While still a teenager, I did the backgrounds for Syd Shores’ Captain America in 1942, and eventually worked on titles such as: The Patriot, The Destroyer, The Human Torch, Jap Buster Johnson and Jet Dixon of the Space Squadron, All Winners Comics, Marvel Mystery, Sub Mariner Comics, Young Allies and so much more.

My self-created back-up crime feature Let’s Play Detective. I also contributed to pre-Code horror, crime, war and western tales for Atlas. I worked in the comics field until the early 1950s.

After 18 years I moved down here to South Florida where I joined the art department of a major daily newspaper, The South Florida Sun-Sentinel. After that I went into photography. I won many nationwide photography contests, winning out more than 20,000 entries. Hundreds of my photos have appeared in hardcover books, have been on exhibit in museums in Florida and received great reviews in numerous newspapers.

Allen Bellman left a impact on all of his fans that can been seen today on his Facebook page. Fans from all over leaving messages and pictures of them and Allen and his art. But, the biggest thing about him that will be missed will be his kindness and compassion he had for his fans.

Allen was a great man and I consider myself lucky to have known him the short time that I did, and getting to chat with him at the Hall of Heroes Comic Con. We talked about our times in service and him working with Stan Lee. He was also very concerned about our country today. That there was to much hate and that people need to love and respect each other. Today the world is a sadder place without Allen, but he would want us to carry on and enjoy life

Rest in peace Allen Bellman, you will be missed.

If you have and would like to share your memories or pictures you have of Allen please fill free to do so on this social media page comment section. Or you can tweet them to me at @starwarsnerd574 and use the hashtag #AllenBellman. 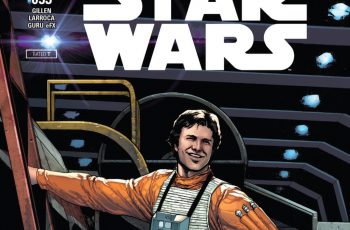 “She may not look like much, but she’s got it … 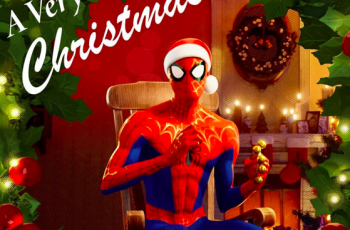 Just in time for the holiday season, SPIDER-MAN™: INTO THE SPIDER-VERSE …