If you’re like me, you’re sitting at your computer reading the news. News that is entirely not great about this whole situation. That leads to worry and fear, which leads to panic. Panicking about this situation is the last thing people need to be doing. Being vigilant and heeding the tips and warnings of the CDC and WHO can help. Movies can be a real help during times like this.

If you’re afraid of what’s going on out in the world or that these cancellations are scary, just remember this, if someone slams on the brakes, it means someone is behind the wheel.

At the end of the day with a lot of our entertainment being halted for the foreseeable future, we’re left with movies in our homes. So instead of renting Contagion or Outbreak, here are some movies that’ll let you put down your phone, and just be happy for awhile.

As for the criteria for this list, I’m including movies that I re-watch when I’m feeling down, upset, or just in general need a pick-me-up. These aren’t the ten best movies of all-time or the most happy films. It’s my personal list. If you haven’t seen any of these, or haven’t watched them in awhile, they’re sure to raise your spirits.

If Charles Bronson was here today, I’d feel a lot safer. He just gives off that warm feeling that everything is going to be okay. The Death Wish series encapsulates that feeling. While Paul Kersey might be subject to the most horrible things imaginable in the first two films, the third entry in the franchise ratchets up Bronson’s ass-kicking factor. The one liners are more plentiful. Bronson gets a bigger gun, as seen above. Any time this movie plays on TV, the sales of that gun, the Wildey .475 Magnum, skyrocket. He says in the film that it could shoot an elephant, and he shows just what it does to street punks in this film.

What Death Wish 3 Does Well

It’s by no means a perfect film though. It’s definitely dated with it’s content. That doesn’t mean that it’s not a fun hour and forty-five minutes to keep your mind off the rest of the world though. The first half of the movie builds and builds to a crescendo of the third act that rivals almost any action movie of the era. You see small bits and pieces of Bronson kicking ass. He cleverly tricks the street gang by baiting them with a camera. He shows his elderly neighbors how to keep the bad guys out of their apartment in a hilarious scene involving teeth.

Martin Balsam and Ed Lauter lead the rest of the cast that includes a small appearance by Alex Winter. Awesome character actor Gavan O’Herlihy plays the main baddie, Fraker. Like I was saying before, the dramatic quality of tone set in Death Wish is blasted away in this one. The last act feels like a level in a video game. Realism is suspended for this last scene and it completes in a batshit crazy face-off with Fraker and Paul Kersey. The movie is worth the price of admission alone for the last third of it.

If you thought one of Shane Black’s best screenplays was Lethal Weapon, then you haven’t seen The Monster Squad. Taking the core Universal Monsters and putting them in a setting very similar to The Goonies was a stroke of genius. It wouldn’t be a list of mine without including some sort of horror movie. Now this isn’t your “normal” horror movie though. It tells a story about how every century, the forces of good and evil become balanced. An amulet that contains nothing but concentrated good is normally indestructible, but for this one day, it isn’t. A group of pre-teen kids find Van Helsing’s diary that contains all the information about this.

Dracula returns and brings his friends, the Wolfman, the Mummy, Frankenstein’s Monster, and the Creature From the Black Lagoon. It tells an uplifting and hilarious story that combines the wonder and amazement of seeing these characters for the first time. Watching it, you feel like you’re stepping back into those golden years before adulthood. Everything is new and awesome, including the monsters. If you’ve got kids, it’s not scary enough to give them nightmares, but just the right amount for them to be invested. It’s sure to be a frightful night if you put this one on, but it’s hopeful as hell and packed with charm. 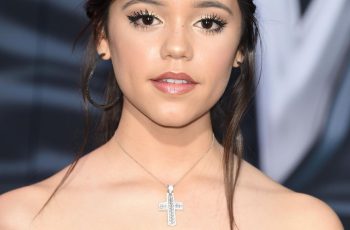