If you want a reason to see why Beverly Hills Cop is a movie to cure any of the blues/fright over COVID-19/coronavirus, just listen to this song from the soundtrack.

I couldn’t write a more cheery and pitch-perfect song for Beverly Hills Cop. The movie oozes charm. Eddie Murphy shows off at the peak of his powers. Judge Reinhold, John Ashton, Lisa Eilbacher, Ronny Cox (beginning his IMDB peak here), Steven Berkoff, and Jonathan Banks lead the rest of the almost perfect cast. A particular highlight is Bronson Pinchot as the scene-stealing Serge.

The idea of a comedy action movie was relatively new at the time. Beverly Hills Cop blends the two seamlessly all the while transporting you back to 1985. It’s endlessly rewatchable and deserves a spot on this list to bring your spirits back up.

Probably one of the bigger surprises on this list, Take Me Home Tonight, is almost assuredly to stick out among the rest of the films. Put on the shelf for almost two years, Take Me Home Tonight was DOA when it hit theaters in 2011. The film was marketed poorly and didn’t gain a following until it was released on home video. It contains a great cast including: Topher Grace, Anna Faris, Dan Fogler (all pictured above), Chris Pratt, Michael Biehn, Teresa Palmer, Demetri Martin, Michael Ian Black, Bob Odenkirk, and more. It was marketed like a traditional party movie, but it’s much more than that.

The film tells the story of struggle after high school and college. Take Me Home Tonight is a film for everyone. It has moments of absolute hilarity like when Barry (played by Dan Fogler) does cocaine for the first time. It also contains very poignant moments that would be lost in other similar style comedies. It’s a modern movie set in the 80’s but it captures the essence of that era down to the video store that Topher Grace’s character Matt works in. It’s the story of trying so hard to get that one girl from high school that you make up an elaborate lie about working at Goldman Sachs, and steal a car to look more well off than you are. If that’s something that interests you, give Take Me Home Tonight a shot to cure some of the blues going around. You won’t regret it. 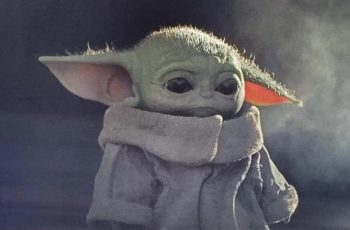 The Mandalorian fans have been waiting a while now to …
#7:  Phasma by Delilah S. Dawson – I do not …